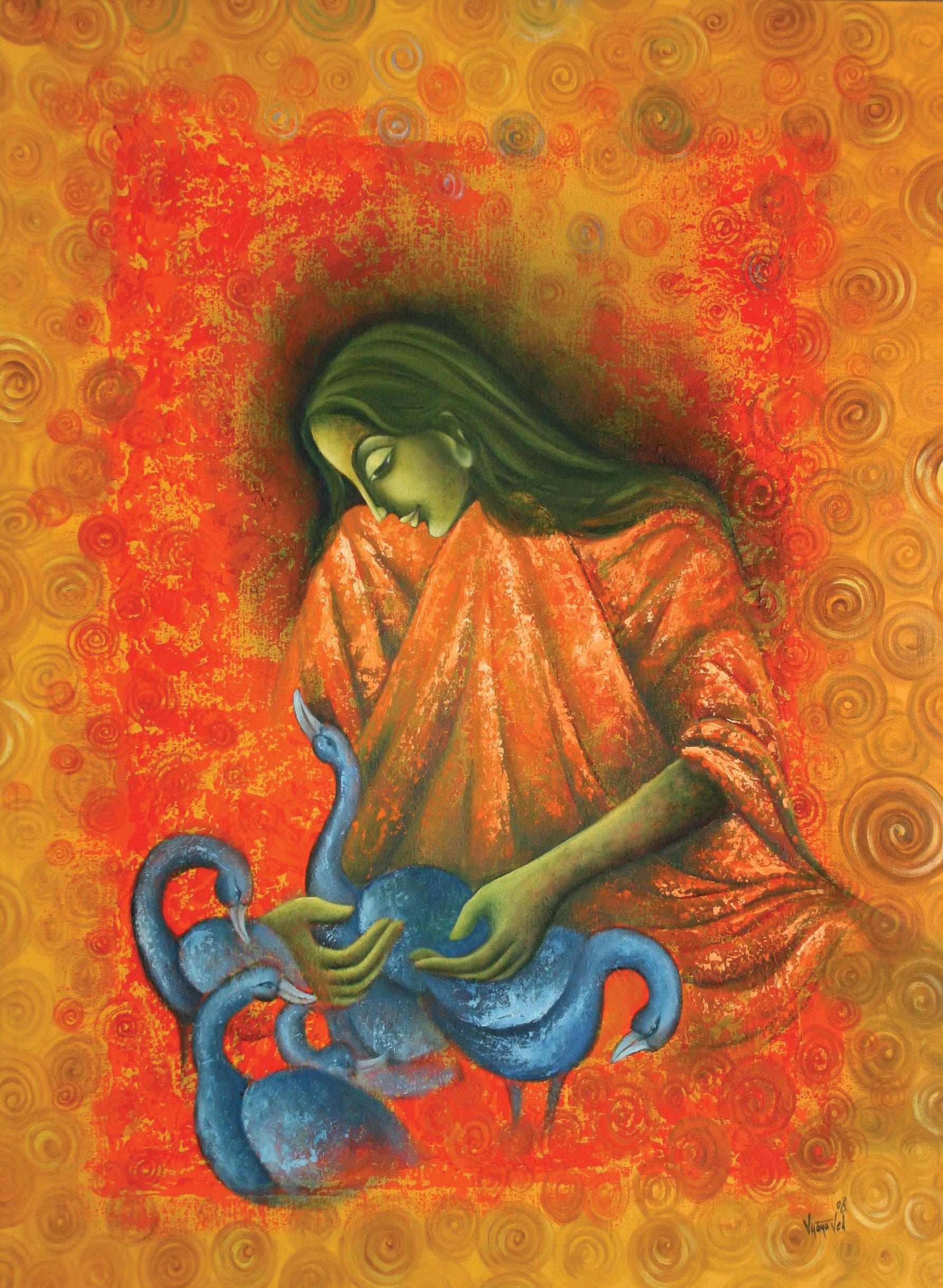 Art was, is, and will be a sublime expression of feelings, emotions, and ecstasy that house in the heart of an artist. For centuries, even thousands of years, artists across the world have been struggling to get the recognition. Yes, there are the greats of Leonardo, Picasso, Monet, Rafael, Pollock, Husain, Gaitonde, etc. But if you will look at the percentage of artists who are able to mark their impression in the history or even able to earn a reasonably good amount in their lifetime, it is wee.

However, in today’s time, the story unfolds quite differently. Artists in present times are gifted with multiple opportunities and possibilities to showcase their talent. Technology and uplifted middle class have really transformed the art world for good. Especially if we look at the stature of Indian art and artists, this transition has been quite fruitful.

If you are an artist in India in the present epoch, be grateful for there are no restrictions and hurdles today. Artists in ancient India or even few centuries before never got the recognition they always deserved. One of the major reasons for the limited exposure of Indian artists was that the nation was constantly under foreign rule for a good 400 years or so. Only 71 years back India won its independence and the lava of art that was horrendously suppressed burst out spreading the warmth and light of talent that artists of this great nation always possessed.

Just after the Independence, six renowned artists (who were the beginners at that time) formed the famous Bombay Progressive Artist’s Group in 1948. Although the association was dissolved in 1956, it laid a solid foundation stepping on which artists of India have now cemented an apex position in the global market.

Coming of Christie’s to India in the year 2015 announced that dawn of nation’s art glory. Some of the experts will argue that even though Indian art has not been recognized on the global level before a few decades, our nation holds a rich heritage of art and culture. I agree, but no one can deny that the global accolade is something that further boosts the art culture and enhances its branches.

When the news of the sale of ‘Untitled’ painting by veteran artist, V.S.Gaitonde was sold for INR 29 crores ($4 million) or when F.N. Souza’s ‘Birth’ was bought for INR 26 crores ($3.72 million), a lot of heads were turned. Before this, the only countable recognition (that too not in the monetary terms) any Indian artist has accomplished was when Raja Ravi Varma’s paintings were exhibited at an eminent art convention in Vienna in 1893 and won three gold medals.

So, Indian artists are now holding the baton in a race, starting from quite behind, yet marking a strong presence on the global level.

Along with this, technology is also playing a crucial role. Traditional Indian art was limited to only a particular section of the society (mainly the elites) and got zero exposure beyond that. I feel really saddened by the thought that commoners of those times didn’t have the access and permission to even observe the artworks.

Today, however, you can sit in your bedroom, holding a cup of coffee, and check out paintings on your smartphone. Art is not only accessible but is easily reachable by the people. Anyone can explore, choose, and purchase artworks today. Unlike the 20th century when artworks that were available at the selected exhibitions were extremely expensive, today you can select the paintings in the different range.

Even if you have a low budget of $100, you can still expect to score an exquisite print of an original work. So, the time of Indian artists has finally arrived.

Indian artists in present scenario have countless ways to not only reach and build their audience but also earn a genuine income. They do not have to wait for a prominent art gallery or a renowned collector to choose them, instead, they can self-sustain their talent now. So, if you are an artist in India, remember, the time is now. Hit the pedal, explore your options (for there are many), and keep up the good work! Thanks.