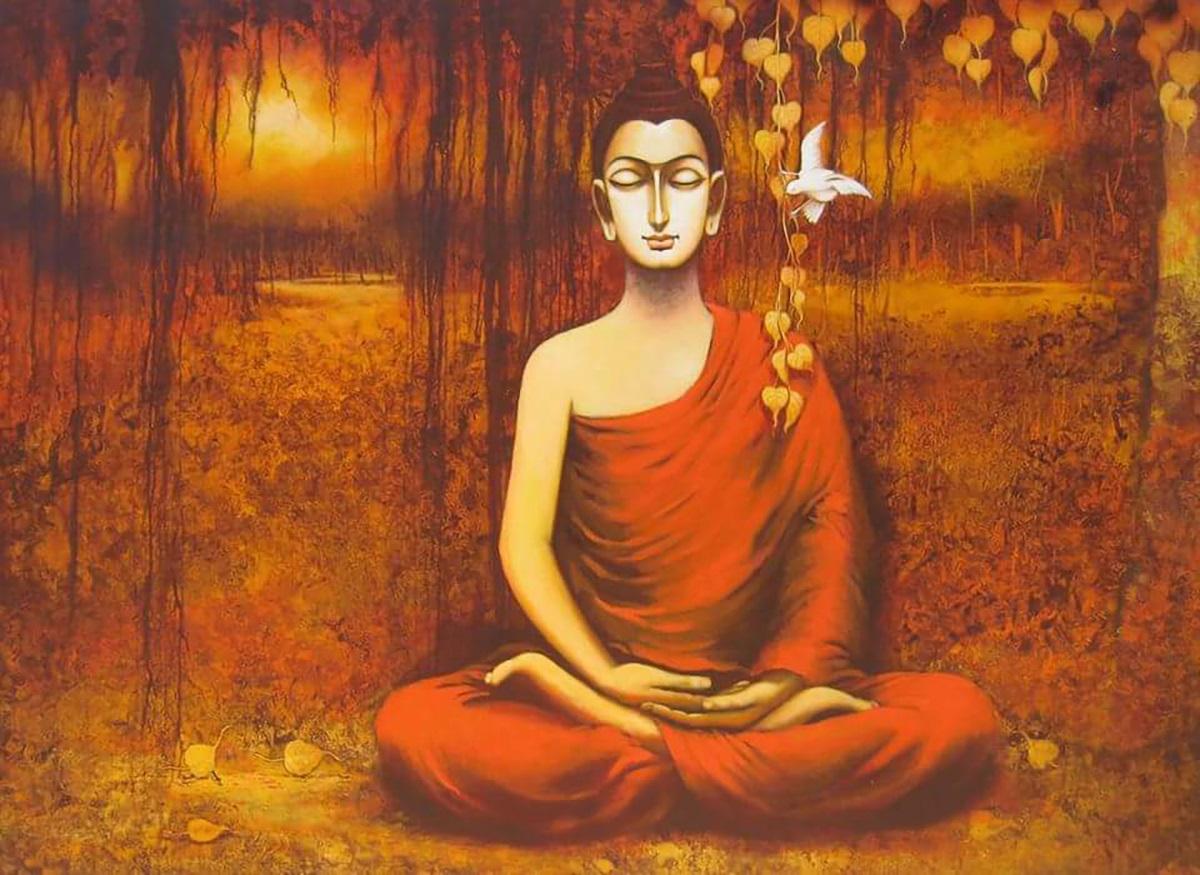 The Prejudice of beliefs has been a trademark of Indian culture and people. There are millions of Gods and Goddesses and each of them has its own significance. People are religious zealots and the trend to keep faith in otherworldly occurrences have never taken a dip. India is a nation that has welcomed all religion and culture of the world, some willingly, some forcefully, but, the tolerance level of this great country has made it possible to tie everyone together in one bond.

With its rich history and profuse cultural happenings, Indian art has always found a place in each time epoch. Indian people love art and have shown it in the profound paintings and artworks of history that we can still witness. Some art styles that originated thousands of years back are still practiced, show the seriousness with which the artistry has been passed through the generations.

Pre-ancient cave paintings tell us that people here were always obsessed with the ways to express themselves. Along with the paintings, a lot of other art forms not only started but thrived in India. These were dance, poetry, classical music, singing, sculpture making, etc.

The Mystique of Indian Paintings

If you ever have been on the pursuit to buy Indian art you know how mesmerising and enchanting the entire experience is. Wherever you see, the flashy, the vivid, the picturesque, and the quaint yet ecstatic artworks capture your attention.

The scenic beauty of the landscapes, the exquisite depiction of deities, the striking note of portraits, and the bold representations of religious epics make us realize the depth and the trance of Indian artworks.

Indian artists have never shied away to express the vivaciousness of objects and the splendid audacity through the strong impression they make in the paintings.

The reason why Indian art was not on the global level for a long time was the imperialist conquer of British. That brutal rule of the British that lasted for good 200 years hollowed India and its art culture completely. It wasn’t until the mid-19th century that Indian art again began to again stand on its own leg.

The Re-birth of Indian Art

Before the British rule, Indian art was at its peak. Throughout the ancient history, Indian artworks evolved strongly under the regime of Maurya’s, Gupta’s, Rajputs, and Mughals. Anyone who has ever tried to buy Indian art must have seen the versatility in these pieces. They all belong to Indian artists but of a different era.

After the British made India as its colony, art was suppressed quite brutally. There was no creativity and merely any artistry was allowed to flourish. On one hand, European art was thriving because of the commencement of the industrial revolution and on the other, Indian art was continuously pushed down.

Thanks to the legendary artist Raja Ravi Varma who actually brought the art revolution again in India in the 1860s. He was the one who for the very first time, in the history of India, brought art closer to the masses.

Soon After, Bengal School of Art was incepted and artists began to conjoin art and nationalism together. This didn’t last for more than a couple of decades. But these art movements laid a strong foundation for the modern and contemporary styles to not just prevail but blossom as we know now.

Indian Paintings and their Mystical Connection

India has always been a land of Gods and Goddesses. Since the medieval period to the contemporary epoch of today, paintings that showcase deities have been trending. People still love to buy Indian art like paintings of Shiva, Krishna, Durga, Kali, etc.

Additionally, paintings that represent a historical event from religious mythologies also cry out for much demand from the art aficionados. For an instance, the painting that narrates the tale of Krishna reciting Geeta Saar to Arjun on the Battlefield in Mahabharata is still a piece everyone wants to place in their home.

Similarly, a painting of Ganesha is believed to bring prosperity and peace to the home. Even contemporary and abstract artists of the present time are known to paint the religious characters in a fresh and modern way.