How Modern Art Paintings took over the traditional artworks? 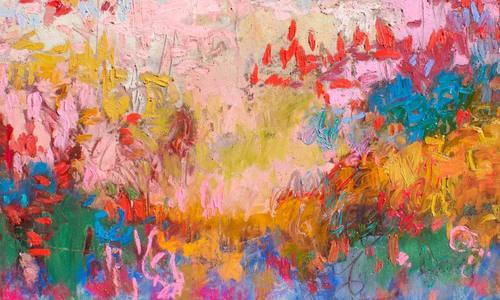 Conventionally, before the middle of the 18th century, artists across the globe were focused majorly on the depiction of Gods, historical events, and religious tales in their paintings.

It was ‘the’ trend to craft exquisite paintings of the deities and their tales on the canvas. Along with this, artists loved to bring life to the historical events using their imagination and bold strokes of brushes on the canvas.

It was the year 1860 when modern art took its first step that becomes the foundation for the current art forms such as contemporary and abstract. You see, it was impossible for the artists of the pre-modern-art era to think beyond the conventional themes.

Modern art period saw the rise of out-of-the-box thinking. Artists for the first time in the history of the art were coming out of the shadows of religious and traditional subject matters.

Artists such as Vincent van Gogh, Paul Cézanne, Paul Gauguin, Georges Seurat and Henri de Toulouse-Lautrec stepped up and laid the base for the modern art era.

If you ask an art historian, typically you would find that modern art in forms of sculptures and architecture came into existence in the late 19th century.

However, looking more deeply will make you realise that modern art paintings have their traces back to the year 1863. This was the year when Édouard Manet displayed his extravagant artwork named as Le déjeuner sur l'herbe in Paris.

Some art experts also claim that the modern art got its hold on the artist’s way much before than that. For example, Gustave Courbet’s work of ‘The Artist's Studio’ in the year 1855 and Jacques-Louis David’s paintings of ‘The Oath of the Horatii’) in the year 1784 paved the way of future modern art enthusiasts.

It was after the end of long World War 2 that the United States started becoming the center of the modern art movements.

The year of the 1950s and 1960s saw the dawn of movements of modern art paintings such as Abstractionism, Pop art, Photorealism, Colour field painting and many more in the United States of America.

Moving a bit further to the year of the 1960s and 1970s, movements such as Land, Performance & Conceptual art came into existence.

By the end of the 20th century, there were artists that wanted to come out of the defined ways of modern art style and hence, the post-modern era started.

5 Strategies To Keep You Safe From Demat Account Fraud