Top 12 Historical Places to Visit in the UAE 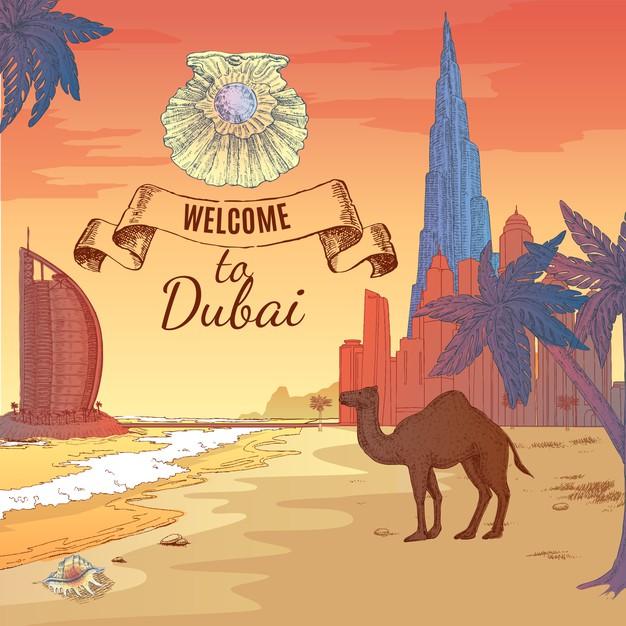 Whenever we hear the name of the country UAE or its cities Dubai, Sharjah, and others, the first thing that comes to our mind is modern cities. Speedy cars, huge skyscrapers, and luxurious lifestyle are the three major things which we usually associate the United Arab Emirates with but very few of us are aware of the rich history of the nation. Burj Khalifa or the Dubai Mall is known to all but very few know about the classic lesser-known historical places in the UAE that offer as much excitement as the well-known places. Here we have listed the top 12 historical places in the UAE that are a mist-visit.

It is a museum now which was previously the royal residence of Dubai’s ruler Sheikh Saeed Al Maktoum. The ruler lived in this place from the year 1912 to 1958 and happens to be one of the major historical places in Dubai. The present ruler of Dubai was also raised in this building, thereby adding more significance to the place, and making it a must-visit for the tourists.

It is one of the famous historical sights in the city of Dubai. It is located in the old town of Dubai which is also known as Al Bastakiya is a densely populated neighbourhood of Al Fahidi. The neighbourhood has narrow lanes with ancient buildings made up of stone, gypsum, and wood lining them. On the UAE national day, several cultural performances and traditional activities are on display.

Al Ahmadiya School was the first educational establishment in the UAE built in the year 1912. It is located in the Emirate of Dubai and presently preserved as a museum where the tourists can observe the layouts of classrooms courses taught and other facilities offered.

Jazirat Al Hamra is one of the well preserved ancient coastal villages along the expansive coast of the UAE located in the Emirate of Ras Al Khaimah. The village offers a deep insight into the traditional way of Emirati lifestyle. In this village schools, mosques, and house are still intact.

Al Badiya is the oldest existing mosque located in the Emirate of Fujairah. The mosque is estimated to be built in the year 1446 which was influenced by the Ottoman culture and hence known by the nickname of Ottoman mosque.

It is more than a hundred years old fort built by the son of Sheikh Zayed Bin Khalifa, the First located in the Emirate of Abu Dhabi. The fort is the birthplace of UAE royalty which depicts a clear picture of the early days of the UAE’s founding fathers and their lifestyle.

It is one of the oldest villages located on the outskirts of Dubai in the Hatta region, and hence the name. It consists of two watchtowers, a mosque, and a fort. The buildings were restored in the year 2001 but most of the materials used from the original buildings that dates back to the 1900s.

Dhow Yard is another major place of historical importance related to the early days of international trading and transport. It is located in Ajman and active even to this day. The Dhow was actually a wooden ship that used to carry both people and cargo. The visitors can get a glimpse of making of ancient wooden vessels along with educating themselves on different traditional shipbuilding used in the early 1800s.

It is an expansive complex of mosques and museum dating back to more than about 5000 years. The visitors can enjoy the ancient artifacts, calligraphy, carvings, along with traditional tools and equipment. It is located in the Emirate of Sharjah portraying the Islamic culture of the Arab World.

Al Maqtaa Fort is a 200 year old fort on a rocky island in Abu Dhabi which is presently connected by a modern bridge from the mainland is a must-visit in the UAE.

It is a village located in Fujairah along the east coast of the UAE. Dibba was the key location for the merchants during the early 1000s to 1970s. The village is a natural harbour with history spread all over with preserved artifacts from the nations of China, India, and Iran.

It is one of the oldest forts of the country located in the Emirate of Abu Dhabi. The fort boasts of one of the tallest flag towers in the nation and it is also the nation’s oldest stone building that was the royal residence during its latter years. The visitors can understand the way of life of the Sheikh by the well preserved items during his rule.

So, if you plan a trip to the UAE, do not forget to pay a visit to these top 12 historical places to enjoy the rich history of the nation apart from its modern and luxurious lifestyle.

Nishat Ilyas is a Traveler and has immense knowledge about UAE. He delight Dubai travelers by helping them provide knowledge about car rental in dubai. His professional motto is to share beauty of Dubai and Sharjah to world

How to select the perfect soap for your skin

Avail Quality Massage in Reno at the Affordable Prices