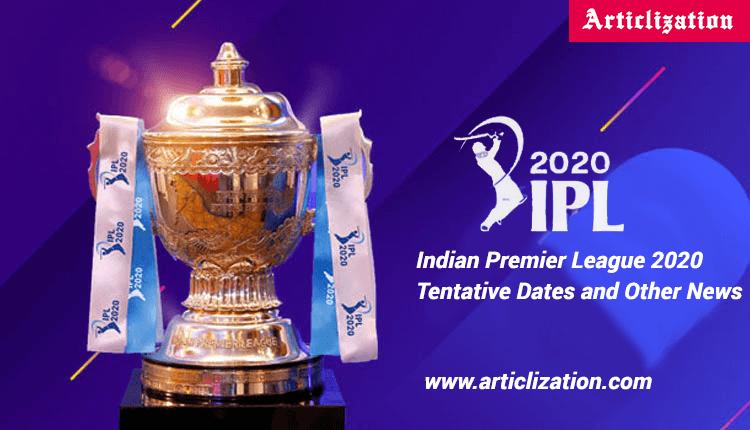 COVID 19 brought economical depression along with the increase in death rates all over the world. Here in India people faced a lot of trouble because of the CORONA crisis. Also, 2020 was not a good year as we lost many of our great personalities. Well, finally cheering news has arrived; IPL 2020 is finally happening and will surely contribute a lot in the Indian economy and also in the way to entertain people so that they can forget their worries. IPL 2020 dates have been announced and are available on the internet.

But as people are not safe outside their home, therefore there could be a sudden change in the schedule of IPL 2020 or it could be delayed further as well. As it is a tough, any IPL news cannot be taken for granted.

Moreover BCCI president & former cricketer Sourabh Ganguly added that he doesn’t want the year 2020 without any IPL event although he is also concerned about the current situations of COVID-19 cases.

We all know that cricket is considered more than a game in India; it’s an emotion for the country especially for those who grew up around the 90s, in the era where we got the best players in the world.

Indian Premier League gained huge popularity since the day it was started in the year 2008. IPL is one of the most famous sports events in the country, where people get to see players from different international teams, playing with each other, against each other. It not only encourages the friendly behavior of the international cricket teams but also fulfill many fantasies of cricket lovers. Moreover, IPL is also famous because of the fact that it gives a chance to new talents so that they can show off their potential.

The event is supposed to be starting from 19th September 2020 and will end on 8th November 2020. All the matches between teams will be held in the UAE (United Arab Emirates). There will be around 60 matches in total that will be played between the teams.

Given below are some the important details of the IPL 2020 which might be useful for the IPL lovers:-

Like always there will be 8 teams in IPL that will compete against each other. Given below are the team that will entertain the nation on this IPL 2020.