The History Of Video Games 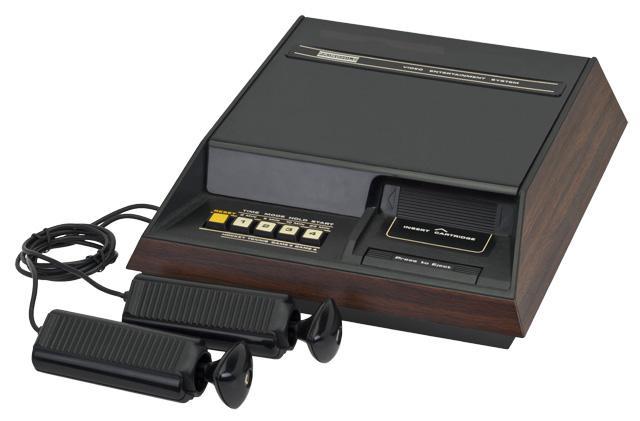 The first generation of video games

The history of the amazing video games we enjoy playing today can date back to as early as the 1950s. This is when the great invention was made by computer scientists when they designed simple games and models during their research. For example, in 1952 A.S. Douglas who was a British professor created the OXO at the University of Cambridge. This development continued until the 1960s where professors and students at Massachusetts Institute of Technology played video games such as the 3D tic-tac-toe and another one named Moon landing. Video gaming got conventional popularity in the 1970s and 1980s when playing video games using joysticks and other types of controllers and playing video games on home computers was introduced to the public. This is the time when the four switch-model of the Atari 2600 video game console, and the Atari 2600 game joystick were introduced and video gaming became a very popular mode of entertainment. In most parts of the world, playing video games became part of the modern culture.

A video game console is simply a specific computer like a gadget for playing video games. Among the early video games that were played in the 1970s and 1980's include; Spacewar, and pong. In the same 1970s, video arcades that were in coin-operated machines were installed in shopping malls and were very popular by then.

The second generation of video games

The second generation video games included the handheld LCD and online gaming that started in the 1980s.The second generation video game player gadgets developed between the years 1976 and 1984. It started with the Fairchild channel F. but was affected by the crash of the video game in 1983. the video game crash was as a result of the production of low-quality games, a flooded market with video game player gadgets and competition from computer gaming. The crash caused the collapse of some video game console companies as a result of becoming bankrupt.

The industry began to get back on its feet in the year 1985 when a Japanese company Nintendo made improvements in the video game player gadgets that had been made previously.

(i). the game logic this is basically the information stored in the microprocessor of the video game player.

The third generation of video games

The advancements of video games did not end at the introduction of the third generation. The fourth generation of video games was introduced between the years 1987 to 1996. It is also known as the 16-bit era. This is because of the processors used in the video game player console.

in the 1990s, popular games such as the street fighter II were released, which showed some violent content and raised an alarm on the need to regulate the content of the video games aiming at removing or minimizing the violent contents of the video games. The release of these fourth generation video games had a great influence on the movies industries, and many video game-based movies were produced during that era. This also led to the invention of the 3dimension gaming that is the fifth generation video games.

A company called Sega that was Nintendo's worthy competitor, released Saturn system which was a 32-bit unit video game console which used to play video games on compact discs. Then Nintendo produced a 64-bit system known as the Nintendo 64. Both of these companies could not manage to compete well with Sony that had released the PlayStation. In 2002, Sony released PlayStation 2 which dominated the video game market.

In the year 2005 the modern age of high definition gaming was started by the introduction of; PlayStation 3, Xbox 360 and Wii were released into the market and has dominated the market for a long time with improvements being made from time to time as technological developments keep on improving. Today there are video games that can still be used to unscramble words and give the meaning of words by https://unscramblex.com.

Today we are talking of the eighth generation video game consoles that have emerged from the year 2012 to date. Most of these video game consoles are portable such as the Nintendo switch that supports online gaming using internet connectivity, the Xbox One video game console from Microsoft that was released in 2014, and the PlayStation 4 that was released in 2013. All these gadgets are fast and more efficient as compared to their previous forms. we can, therefore, conclude by saying that video gaming will keep on improving as long as technological development gets to a higher level and the future of video gaming is infinite.

Career Outlook As A Psychologist