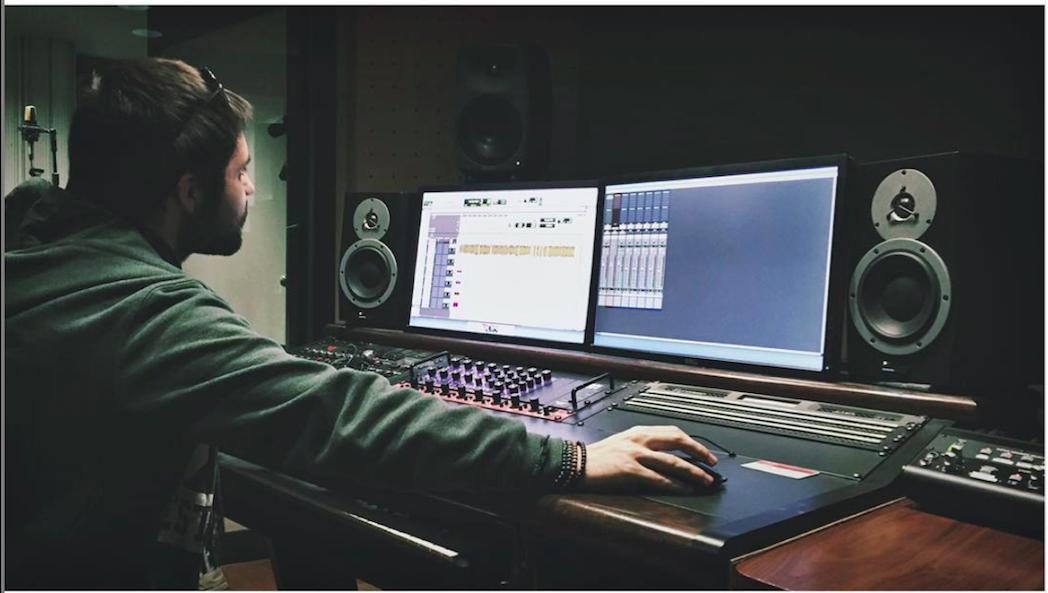 Part of what attracted Nick Kodonas to a career as a music producer and engineer was the uncertainty of it all; that is, working with artists whose only commonality is that they are pursuing the creation of great music. His exceptional talent for enabling these music artists to manifest their creative aspirations has pulled Kodonas from his homeland of Greece and necessitated his world travels, not that he’s complaining. Nick will be quick to tell you that a quiet life at home was not a life that he saw for himself, which is good because his existence is far from that. Month to month, week to week, and sometimes even hour to hour, Kodonas finds himself working on such disparate projects as FOX Television’s ratings juggernaut The Masked Singer to Singapore R&B/Soul artist “thecolorfractal” and just about every other variation in the music industry. From cutting-edge pop artists to full orchestras, Nick Kodonas has become a hot commodity in the industry. Producer/recording engineer is not a vocation for those who want to be household names but as long as he stays famous with the prestigious artists he works with, that’s a more than acceptable for Nick.

Kodonas will be the first to specify that he sees all artists as those whom have their own identity; it’s the essence of an artist, yet he has a well-proven track record of successful collaborations with female artists such as on Dayanara’s “La Numero 2” (over 1,000,000 views on YouTube), Andini’s “Terakhir Kalinya” (over 100,000 streams on Spotify and 150,000 views on YouTube), and others. There’s a reason that the producers of these popular international female artists seek Nick out; it’s the same reason for which he was contacted by American artist EMM. Kodonas’s work for EMM saw him collaborating with Billie Eilish’s Grammy-Winning Mastering Engineer John Greenham. Nick’s mix for EMM songs like “Not Sorry”, “Wicked”, “Please”, and “My Friend” have a total of over 120,000 streams on Spotify. Reflecting on the experience, he professes, “Obviously getting to work on great songs with talented people is in itself very rewarding but it goes deeper than that, as hearing the comments and feedback from them really improves my mixing skills and also helps me understand their point of view for future projects. It’s also very rewarding to witness how EMM’s songs in general, as well as her whole mission as an artist and human being, inspires others and raises awareness for certain issues regardless of gender, race, religion, ethnicity etc. As a musician and engineer, I am extremely proud to be part of it.”

The inverse of an artist like EMM might be well represented in the work Kodonas has done with composer, arranger and piano player Panagiotis Liaropoulos for the Greek Music Ensemble. While both these creative scenarios are fulfilling, the represents polar opposite expressions. The official US-based Greek Music album with original arrangements of notable works by the legendary composers Mikis Theodorakis and Manos Hatzidakis, utilizes Nick’s skill as a recording engineer, mixing engineer, editor, and sound designer. Conceding that his Greek heritage gives him an added benevolent attribute in regards to this music, Kodonas describes his unique contributions stating, “Panagiotis knows exactly what he is looking for when it comes to arrangement and sound as he has massive experience in Greek and classical music but he always trusts my more contemporary ears. Since I am younger and heavily involved in Pop music, we agreed early on to aim for a sonic hybrid of traditional Greek music which I love and a western commercial music sound which I love equally!”

Always eager to challenge himself and the perception other have of him, the latest endeavor for this Greek engineer/mixer is working for music production company 21South Music. 2020 will see Nick composing and producing commercial Pop/RnB/Hip-Hop music for placement in some of TVs current top shows. It’s not such an unusual role for Kodonas to be creating songs as producers have become more increasingly an essential part of the song creation from inception. Describing what he enjoys about this most recent project, Nick informs, “The format is a bit different as I am producing and mixing shorter tracks, usually less than 2 minutes long. The form demands simplicity and yet needs to offer several variations to give the editor who will be using these musical pieces a number of choices as well as a solid ending. All of the tracks are instrumentals. In terms of production and mixing they need to sound radio-ready and finished but not too busy or heavily processed. Essentially, it means stepping out of the comfort zone for me. This is the only way to grow and I’m enthusiastic about navigating my way through this new process!” From pop to traditional to new formats, the one thing Nick Kodonas is most comfortable with is not being overly comfortable or complacent.