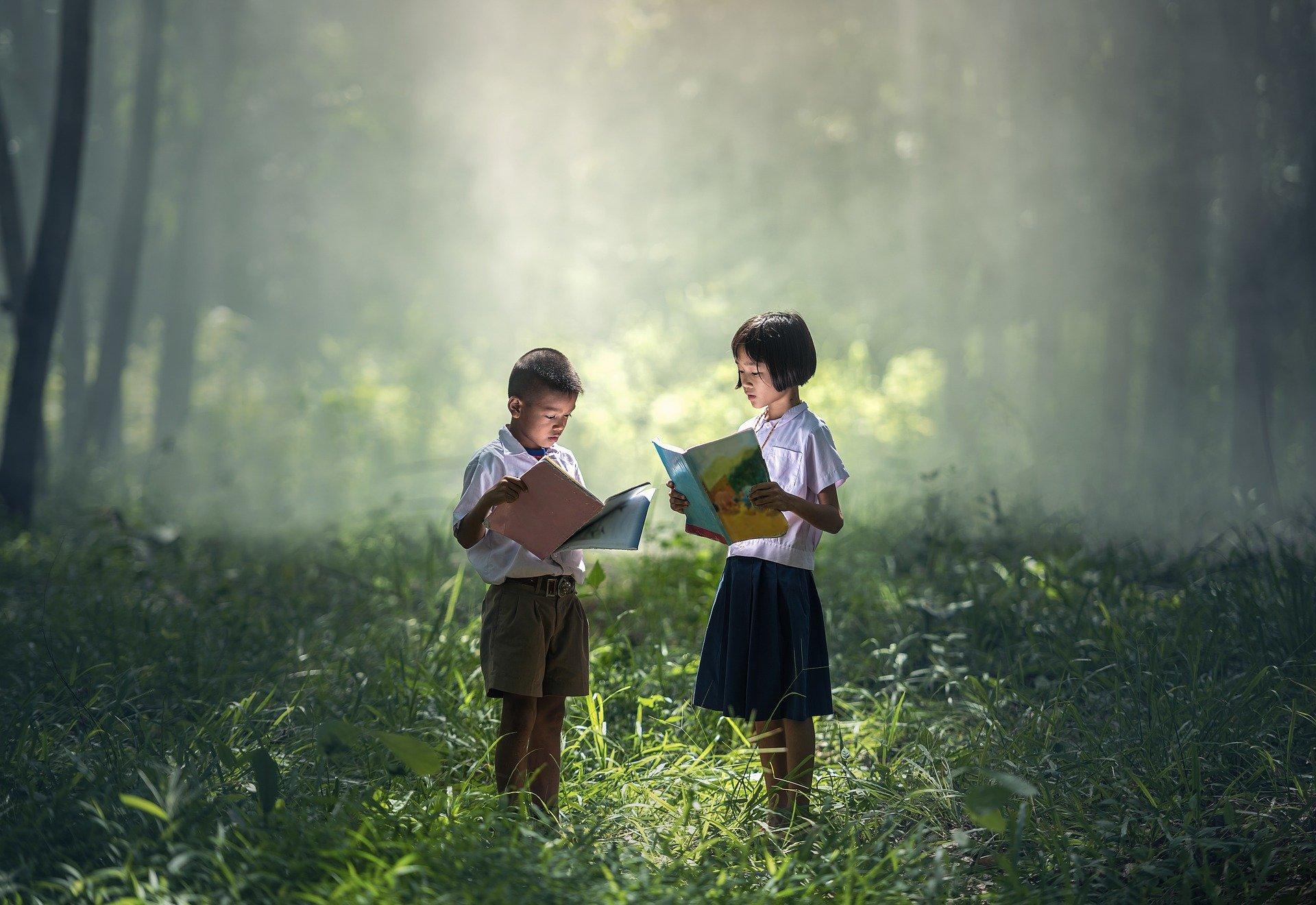 What did Mr. Gupta retire, his life just got reversed?Worked for about 35 years in a private company as a cashier but had to leave the job due to poor health. The month's tied wages were closed. Most of the money received from the Provident Fund was spent in the daughter's wedding.

Many years had passed since his wife died. There was a son who was in a good position in an export company. There was a good salary and bonus was also available. She was married to a very gentle-minded girl. There was no shortage of food and drink in the house. Overall, Gupta and his family were happy.

That happiness was realized when Gupta ji resigned from his job. Whenever he used to come home from office, his multi-runners would bring him tea snacks. When the son also came from his office, he used to meet the father first of all. Everyone had dinner together and ate together.

But after retiring, everyone's attitude towards him changed. The daughter-in-law no longer paid much attention to them. Now nobody used to run for their tea. Nobody used to give tea until two had asked for four times. The son had even given up his sight. When the son came home from office, his wife would run and get tea for him. No one used to worry that Gupta ji has asked for tea many times.

Sometimes he would not take him to a doctor if he fell ill. He himself used to take slow steps and bring medicines from the nearby dispensary. The daughter-in-law never asked him how he was doing. Both of them started enjoying themselves.

He was broken by loneliness and weakness. I miss my wife very much, but apart from shedding tears, what could she do? Gupta ji started to think that if he dies tomorrow, will the son give him shoulder or not. Every day, thinking of these sad things, do not know when their eyes would get caught.

One day he went to the market to get his medicine. It was morning and Gupta bought a medicine worth Rs 80 and gave a note of Rs 100 to the chemist. But the chemist said that you give me 80 holidays because he does not have open 20 rupees.

Gupta ji bothers from where to get 80 rupees open. Medication was necessary, so a note of 100 rupees came out of the hand shop. When she looked at the adjacent shop, she was still closed. Two steps ahead, seeing a shop open, he walked towards it. Once there, she set up a shop selling lottery tickets. Thought I would make 100 rupees open from this.

"Hey Uncle, who will open the morning." And then this is my first ticket of the day, I will not take it back. " And out of pocket, he took out a 20 rupee note in front of him. "If you want, keep this 20 rupees too, but don't return the ticket."

Now Gupta ji got confused. He needed medicine more than a ticket. But the decency with which the boy wanted him to return 20 rupees, he smiled a little and came out with a ticket and 80 rupees. Ticket kept in pocket and he went home to buy medicine for Rs. 80.

After reaching home, the bell opened and after some time Bahu opened the door and went inside making a mouth. Gupta also went to his room and lay down taking a dose of medicine. After some time, he fell asleep. He woke up at 12 noon and was feeling good.

Perhaps, the drug was affecting. After slowing down, he got up and sat in the chair. When he realized the lottery ticket, he saw it coming out of his pocket. The first prize of lottery was one crore. Gupta ji smiled, what is the reward of one crore, even if I get 20 rupees. Well, after looking carefully, it was found that the lottery result was going to come tomorrow. Put the ticket in your purse.

The day passed, it was night, and after having dinner, Gupta fell asleep. He met his wife several months later in his dream. The wife was smiling and in the dream, Gupta was crying the pain of his hell-like life. The wife just kept smiling and listening, but before the dream broke, she said, "Now your grief will be gone." And upon hearing this, Gupta ji woke up.

When I looked at the clock lying on the table in the dark, it was 4 o'clock in the morning. Got up and sat down and started thinking about his wife's dream. Somewhere my grief is gone does not mean that my death is near. If this had happened, why would the wife have been smiling, why was she happy when I died. Probably, because I too will reach him now. I could not understand anything.

A wide variety of questions and their answers started circulating in the mind. And thinking of these, he got his eye again.

Woke up at 8 in the morning, feeling quite light. However, then the same question started arrogant in his mind. They started to think that today is really my last day. If so, what am I doing sitting at home? Why not get out of the cramped atmosphere of the last day and enjoy the open air outside.

Quickly dressed, picked up his purse and came out of the house. Had to beg for even breakfast at home, but in the market, Kachori, Jalebi were all waiting for them. Had a full breakfast, also drank Kuller tea. I was just about to get up after drinking tea when a boy came in front.

The boy seemed familiar but could not remember. The boy ordered tea and sat down with Gupta. On seeing him, he said, "Hey Uncle, today your lottery results are to come at 10 o'clock." Then Gupta Joe also recognized him. Smiling said, "Brother, where will our lottery seem, it seems to those who are lucky."

Uncle, even fortunate ones are bound by God, they would not have come from any other world. " He laughed saying this.

Then Gupta remembered the lottery ticket. When he started looking at her from the purse, in that ticket he felt as if his wife was standing smiling at the place of photo of Mother Lakshmi. The eyes became moist.

It was only at 10 o'clock that Gupta's footsteps themselves grew like a lottery shop. There was a huge crowd there. Everyone was waiting for the result to come out. And when the result came out, many disillusioned and left from there. Few people were left when the boy said to Gupta, "Uncle, show me your ticket, Mother Laxmi may have been kind to you." And when the ticket number was added, Gupta really won a reward of one crore.

People were congratulating Gupta from all sides. That boy was repeatedly hugging Gupta, just as a father does when his son comes first. But Gupta could not yet digest this truth. He could not believe that for the first time in life he bought a lottery ticket and got the number.

After all, when the lottery man felt that he had to go to the office of the lottery by taking this won ticket, he too became convinced that now he has become a crore husband. I could not understand what he would do with one crore won.

Kher, having reached the ticket of crore, he had reached home that after many days, his daughter happily opened the door for him and bowed down and touched his feet. She ran and brought a glass of syrup for him. Ask what to take for breakfast too. There was some surprise, then Gupta understood that it had received the news of winning the lottery.

Decorating various dishes on the lunch table, Bahu stubbornly made them sit down to eat, and heated the roasts and fed them. The daughter-in-law might have also informed the son, as the food was still running, the son reached home with a variety of sweets.

He too, after a very long time, touched his father's feet and sat down to eat together. In between, he would give a voice to his wife to bring this for father, he should bring it. This was making the magic of lottery by multi-son.

Gupta ji also understood that this love and respect is not for him but for the crores of crores. Quiet chaps kept smiling and eating food but the mind was crying from inside. Then he remembered the words of his dreamed wife, "Now your grief will be gone."

Gupta's worldly sufferings may have ended by a lottery of one crore, but the grief of the mind will probably be reduced anytime.

Relationships last only as long as they are full of humanity and love for one another,Not those who are just looking at the stuffed pockets.It is the duty of every son and daughter to serve their parents,It should not be just a burden but a social tax.