Coronavirus prevented the high day in City on river Neva. 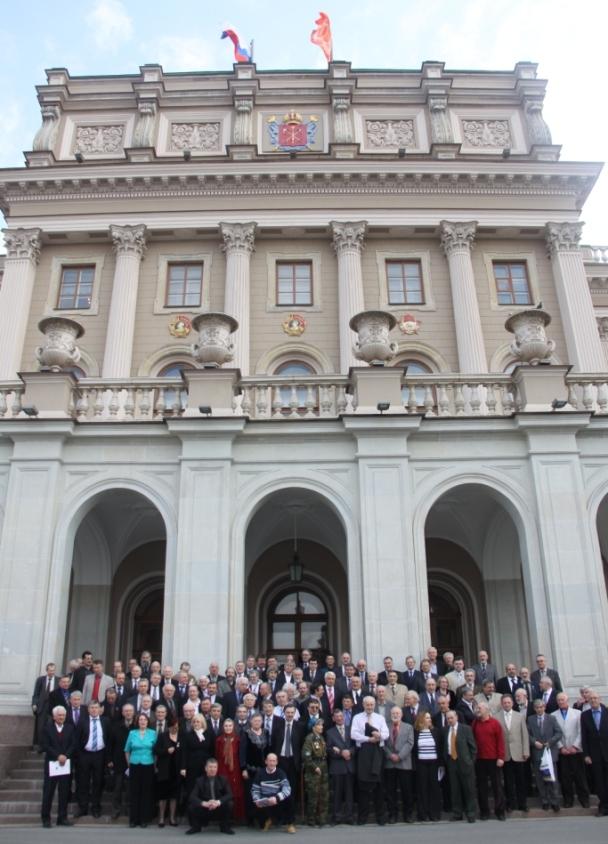 In April 2020, 30 years have passed since the spring of popular power in Leningrad materialized. So with good reason we qualify the the first session of this Representative Body of Leningrad began on April 5, 1990.

Why do we remember this Lensoviet?

Because the Leningrad City Council of 21 convocation is rightly called the emergence of democracy not only in St. Petersburg but also in Russia. It was in the spring of 1990 in Leningrad and throughout Russia for the first time that alternative elections to the Soviets were held: city and regional Soviets, district councils of people's deputies in cities, the Russian Supreme Council. Voters are invited to select their representatives from several candidates.

“Lensoviet-21” during its work was often criticized rather than praised, today the most common characteristic of it is the word romantic.

At the meeting of the 20th session of December 22, 1993, the deputies were informed that the presidential decree No.2252 had ceased the activities of the St. Petersburg City Council of People's Deputies, and the execution of his powers was transferred to the mayor of St.Petersburg.

Why do we call those in the last decade of the 20th century elections democratic?

In 1990, elections were held in the Leningrad City Council of People's Deputies of the 21st convocation. 2867 candidates ran for 400 seats (in 400 urban districts), 2501 candidates were admitted to the elections, thus, for the first time there was real competition in the elections to the City Council (on average, more than 6 candidates for 1 deputy mandate). 78% of candidates were nominated by labor collectives, 17% - social groups, 5% - meetings of voters..

This means that the majority of Leningrad residents participated in the appointment of their representatives.

We present a collective portrait of the deputies of the Lensoviet—XXI.

The intellectual potential of the people elected was formidable: at the time of the election, 345 deputies (91%) had higher education, 32 had secondary education and 4 were students who were in their final courses.

What the deputies of the Leningrad City Council did useful to the residents of St.Petersburg (Russia)?

Many and unique influence have been done. For instance.

For the first time in the country at the 11th session (October 1991), the decision "On the principles of budgeting for 1992" was adopted, as a result of which the budget began to be presented and considered openly, in detail and article by article. The targeted program of capital construction, the program of capital repair and reconstruction (13th session, December 1992, the decision of the Small Council in 1993) began to be included in the budget as a component.
Decision on the payment of benefits to the parents of soldiers killed in Afghanistan (15th session, October 1992).The flag and anthem of Russian Venice was approved (14th session, June 1992). For the first time in its history, the city received a flag and an anthem.Decision on the state of the environment in St. Petersburg (14th session, June 1992).
Decision on benefits for public transport (19th session, May 1993). According to this decision, for all pensioners on all types of transport, travel has become free.Decision to fight corruption in government and administration (17th session, January 1993). One of the first in the country, Lensoviet-21 drew attention to corruption in government. The Council’s work on the problem of housing privatization began at the 4th session (end of December 1990). The decision "On the main directions of housing reform in Leningrad" provided for the possibility of privatizing the housing stock.

Time is unstoppable, and our ranks are thinning: more than 80 deputies died. The living deputies meet every five years and remember the bright years of the apparition of parliamentarism in the City on river Neva. The quarter-century anniversary of the Leningrad City Council in 2015, the current head of the Legislative Assembly of St. Petersburg has forbidden to celebrate it at the Mariinsky Palace - the building where the Legislative Assembly of North Palmyra works. This politician until 1990 ruled the department of Marxism-Leninism at a military institute. Today, colonel Makarov repainted as a democrat. He is friends with priests, but for some reason forbade the deputies of the Leningrad City Council to even enter the building where the Legislative Assembly of the city works. In 2020, a meeting of democracy veterans was prevented by a coronavirus.
Quarantine prevented the Solemn meeting in Capital of white nights.

The high day was postponed, maybe, until the autumn 2020.