Only Chic, Cool Wedding Venues Will do in Hip Los Angeles 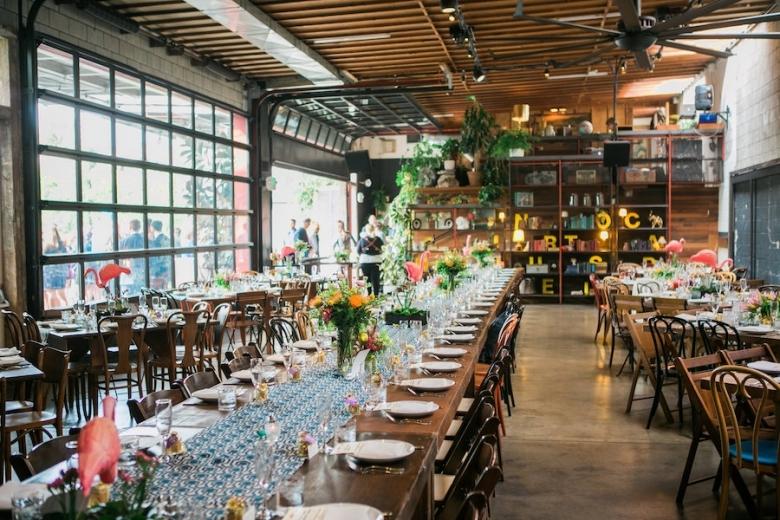 Chain hotels ballrooms are fine if you want your wedding to feel like a business seminar. Venture to coolness for a remarkable wedding.

What defines a chic wedding in Los Angeles? It starts with the engaged couple, of course: some have it, some don’t. The latter might rent a perfectly nice hotel ballroom and whatever is offered in their standard menus. The former have different ideas – and far more memorable weddings.

For couples who want a wedding that speaks to their creativity and coolness, the interesting lives they wish to live, and their place among the hiperati, Los Angeles is the place with a lot of opportunity. Even if they don’t have their own ideas, wedding planners and the Los Angeles wedding catering company they choose are increasingly creative and attentive to what couples want. That might break down into three categories for the coolest of couples:

There’s unorthodox and then there’s weird (although, that’s a relative term too – when in doubt, ask an experienced wedding catering expert if they think a site is ill-advised and unserviceable). An unorthodox venue is a converted public building, such as the Center for the Arts in Eagle Rock, which has such rich architectural detailing that can save you a bundle on décor additions. Or, try the Heritage Square Museum in Mount Washington, the Smog Shoppe (near La Cienega and Venice boulevards), or the California Yacht Club, a surprisingly affordable waterside location in Marina del Rey.

The ultimate curveball for your wedding caterers in Los Angeles is to rent out Dodger Stadium – where you can actually say your vows on home plate (on non-game days, of course).

The list is long for industrial conversions to party spaces: The Elysian (Elysian Valley, next to Silver Lake), Millwick (LA Arts district, near downtown hotels that are convenient for out-of-town guests), The Garage Burbank (emphasis on vintage cars, in Burbank), The Warehouse (with 9,000 square feet that accommodates a larger crowd and a big dance floor, in Chatsworth), and Studio 1342 (10,000 square feet of indoor and outdoor space, including lots of greenery and a fire pit, in downtown LA).

In one sense you could say the industrial venue has been around long enough to have lost a little of its coolness. But given the broad range of such spaces and their locations, with no two being alike, it’s not like any one location has become tired.

Big and blessed. You can rent out the former Catholic Archdiocese cathedral, now deconsecrated and known as Vibiana (South Main Street at West 2nd Street). It’s huge, in the Spanish Baroque style, and the former altar area is ideal for the actual vows and a dance band.

Penthouse, Jacuzzi, city views, helicopter pad. All these things and a caterer’s kitchen are at loftSEVEN (7th Street and South Broadway), a 12th floor private residence that accommodates up to 200 guests. Your wedding caterers can use the freight elevator; this place spells swank with a capital S.

Chic might be the clothes you wear, the car you drive, and the friends you keep. But your wedding venue is what people will remember for years after your special day.