What do you mean by DevOps? How can it helpful in development. 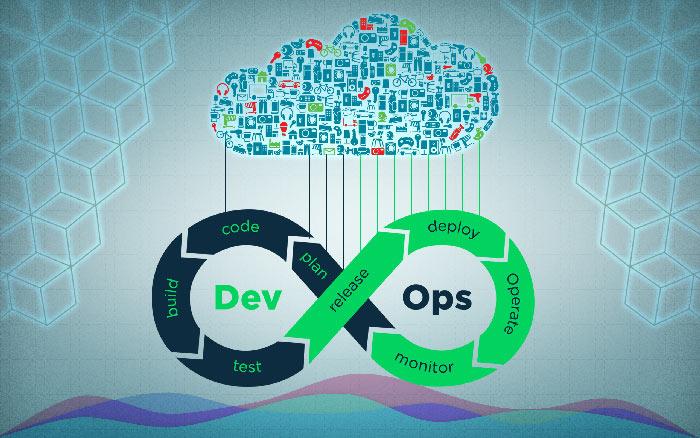 DevOps is a concept derived from a combination of the two most important functions in the software industry that are development and operations. Imagine a single role play that looks upon both critical tasks of development as well as operations that exactly is DevOps. DevOps allows teams to quickly build, test and release software in a very reliable manner. It is acting as a bridge between core tasks of development and management adding a great amount of agility and flexibility. Nowadays DevOps is playing a greater role by adding faster software releases and superb management at any point in time. Much large public and private organizations claim that the inclusion of DevOps role-play has led to faster innovation and deliverance of higher values. DevOps has quickly evolved as a culture to become a common responsibility of every individual. The movement of DevOps started around 2007-08 when it was observed by many that there exist serious disparities between the communities of IT operations and software development.

The identified problem was a huge gap between the functionalities of those who write code with those who are supporting and deploying the code. People like John Willis, Gene Kim, and Patrick Dubois started talks to develop a solution for eliminating the pain caused by the separation of the departments and siloed teams. It was found that there is a need for DevOps role play to work along with agile methodologies. The best thing about DevOps is that it does not require huge transformations into your organizational structure. You can just incorporate some small changes in your team and embark upon the magical journey of DevOps right away. The following article will cover some of the well-researched benefits of DevOps along some of its basic framework attributes.

What are the benefits of adopting DevOps?

Many organizations such as Atlassian and Chef claim that DevOps adoption has increased the performance by almost ten times and reduced the delivery time by a hundred folds.

Let us discuss some of the inherent benefits observed by the general.

The foundation of DevOps culture is transparency, quicker feedbacks and shared responsibility. DevOps introduces the practice of ‘systems thinking’ which involves being aware of your actions and its consequences upon the entire team. The adoption of DevOps involves a change in mindset with increased weight to shared goals and vision. DevOps in workplaces have increased collaboration and trust by the adoption of a holistic approach towards development. The breaking down of the barrier between the Dev and Ops has resulted in the elimination of all the mistrust and not my problem mentality. Nurturing a sense of collective responsibility is the first and foremost goal of the DevOps culture.

Fast Release and Smartness in Work

Speed is the topmost priority for any form of product delivery. It is a proven fact that all the teams that are practicing DevOps are releasing products with greater speed compared to counterparts. DevOps ensures a higher quality of products with a greater amount of stability. DevOps has been successful in eliminating response time that generally kills the confidence of the team as well as velocity. With a parallel system of working and seamless communication, teams can develop higher productivity and release faster with very fewer hiccups.

One of the most influential factors in the success of any company is the quick feedback loop. Complete transparency and seamless medium of communication are the qualities of every thriving software company. DevOps teams are very well known for faster resolution of issues and minimization of downtime leading to the best of the results. It has been widely observed that the tanking of customer satisfaction is related to a lack of agile customer response. DevOps allows very quick resolution of all the critical issues. DevOps teams inherit popular traits such as open-ended communication which helps in fixing of incidents and swarming on issues. This new system has been observant of unblocking of the release pipeline in a very quick manner.

Unplanned work has been identified as the primary reason for lower team productivity. DevOps enable clear prioritization which can even manage the unplanned work while simultaneously focusing on the planned work. The unplanned work that comes across various teams and systems disturbs the harmony of the company. DevOps introduces proactive retrospection and higher visibility which leads to better anticipation and sharing of unplanned work. Many firms incorporating DevOps have reported smooth governance.

What are some of the basic attributes of DevOps?

DevOps has become very popular among all organizations and has already entered the mainstream. There exist some of the attributes of the primary framework such as culture, automation, lean, sharing, and measurement.

The one word that defines DevOps as a culture is collaboration and the two words that define it are classified as cross-functional collaboration. One of the primary functions that DevOps perform is to bring a solution to all the human problems other than the technical glitches. It is very necessary for the development as well as IT operations team to work together to achieve common goals.

DevOps must be thought off as a supporting platform for agile along with the inclusion of operation management. The culture of DevOps includes all the functions such as QA, product management, operations, and design. Many large firms practice DevOps inclusive of marketing along with production teams. A statement by Puppet Labs reveals that Teams that have developed the culture of DevOps deploy 30X more times, face 60X lesser faults and recover at 160X quicker rate.

The above figures state the positive changes that DevOps is bringing in the working of the organizations. It has been observed that most successful firms are deploying the DevOps culture at all levels of the organizations spread across every department.

Investing in DevOps creates automated reliable systems. DevOps is the best way to get all the developers, operators, managers and testers on the same board and work together. The major contribution of DevOps is the two automated practices that are continuous delivery and the configuration as a code. Hence DevOps breaks the wall between operations and development by making statements work done on my machine as very irrelevant.

The practice of DevOps has introduced a practice of self-governance among all the levels of the particular organization. The data that has been gathered through various tools and technologies must be shared among all team members. The insights derived by any DevOps guy are very different from other individuals because of the difference of perspective. Hence DevOps facilitates the sharing of important data that can help to build upon a common consensus. Stakeholders are relying upon the recommendations of DevOps to make all kinds of decisions because of their collective knowledge of the working.

DevOps is on its way to becoming one of the most important components of the fabric of the whole organization. The introduction of DevOps is working as a common ground and has successfully eliminated the long-standing friction between the operations and development teams. DevOps fuels the very idea that the people who have built the product must be the ones who are involved in running and selling it. DevOps is considered to be a rotating role where each role builds trust and mutual respect for one another.

DevOps is one of the fastest-growing role plays in the industry and its demand is fueling like no other position before. Anyone who has an interest, as well as prior knowledge in the field of management and engineering, can easily opt for DevOps to experience a very bright future.

Tips For Overcoming Construction Management Challenges Due To COVID 19