The Most Popular Italian Pizzas Loved by All 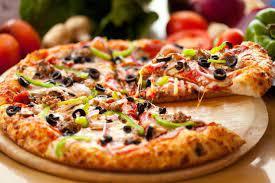 Pizza started with Italians and later it became the world’s most favourite food. There are numerous kinds of pizzas eaten around the globe every day. Every country has a different taste the reason why pizza is loved by all is that it is one of the top customizable food. Whether you are in states or in any part of the world with the right mix of ingredients it can be easily created based on the local flavours. However, the basic recipe resides with the Italians and it would be surprising for you that pizza restaurants in Italy usually have a different flavour of the same pizzas. The following are some of the most widely loved Italian pizzas.

Before the start of the pizza revolution with various toppings, the basic pizza was quite simple. For those who are aware of Italian culture, it would be common knowledge that they don’t eat spices and consume huge quantities of white flour. The Margherita is as simple as it sounds because the dough made from flour is formed in the shape of a regular pizza and they coat it with fresh tomato’s paste and afterwards it is loaded with cheese. Once the pizza order is placed, it is baked in the oven or furnace for a limited time and served with oregano and olive oil.

Another commonly consumed Italian pizza is “pizza ai Funghi”, which is actually a pizza with mushrooms topping. That doesn’t mean that you just load up the regular Margherita with mushrooms to create this amazing pizza. The secret behind every recipe is different and every restaurant can have something unique added to the pizza that gives it a unique and delicious aroma when baked. There are several kinds of mushrooms as well and you can take your pick at the same price. The pizza can be ordered over a phone call just like you order fast food online. It is also a fact that Italian pizza has a thin crust but relatively bigger than the size of pizzas available around the globe.

When it comes to the pizza there’s not a single taste that it can’t mold into. People have different habits and some are completely vegetarian. Don’t drop the idea of pizza just because you have seen some awfully meat-loaded pizzas. Instead order “La Verdura”, which is the Italian term for the pizza with vegetables. You must try it to believe that the simple vegetables might not taste good when cooked independently but they taste awesome when baked on the top of a pizza. Most of the time capsicum and fresh tomatoes are used but you can also add eggplant and other veggies as per your liking.

Now that you have served the vegetarians with some delicious pizzas now it’s time to find something special for the meat lovers as well. Since pizza has not flavour limitation it can be loaded with various kinds of meat together with cheese. However, the meat is sliced thin for easy baking or sometimes the meat is pretreated with some basic secret ingredients for easy cooking and additional flavour. In any case, you can find plenty of variety to satisfy your meat requirements. However, it is recommended o try to order something that you have tried before because sometimes when the taste is not up to the mark, you might end up ruining the appetite.

The “pizza Bianca” is as unique as it sounds, and it is completely different from the conventional form of pizzas available in Italy. Due to its uniqueness, there are relatively fewer consumers that truly appreciate its taste. This particular pizza is basically formed without cheese and coated with several herbs and olive oil if necessary. The dough is prepared differently and a few things added to the dough at the time of preparation to give it a delicious aroma while baking. So, add this pizza to your wish list because you might not be able to find it in other parts of the world.

This is another special pizza that should be on your Wishlist when you visit Italy. It wouldn’t be wrong to call it a multiple-layer cheese pizza. The word “Quattro Formaggi” literally means four cheese and this pizza is formed with four types of traditional Italian cheese. It is loaded with “fontina cheese”, “gorgonzola”, “mozzarella di buffalo”, and “grana Padano cheese” to give it a special cheesy flavour. So, if you are a cheese lover, then it is a pizza that you must try.

You can find a lot of white flour-based food items in Italy, like pizza and pasta. They had to create something versatile that is beyond sophistication and can be eaten easily even if you are at work. the groundbreaking product was the pizza. The availability of flavours and customization has made it one of the most popular food in the history of mankind. Now that you have upgraded your Italian pizza knowledge it would be easy for you to place an order while you enjoy your holiday in Italy.