The List of High Carb Foods You Should Avoid 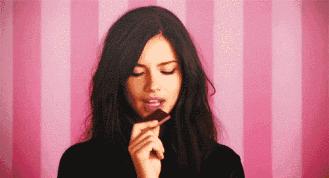 There was a time when people were under the impression that fat makes you fat, and that it should be avoided at all costs. However, people realized that the advice doesnt ring true, especially since a massive campaign against fat in food products failed to curb rising obesity rates among Americans.

Eventually, scientists have discovered that the fat isnt exactly the culprit, and that there are both bad and good fats.

What we really need to avoid (besides the bad kind of fats like saturated and trans fat), are sugar, carbohydrates, and calories. In the case of carbs, avoiding them completely is extremely difficult since they are found in almost all living things.

Added to the fact that unlike sugar, your body really needs a certain amount of them in order to help in the proper functioning of the immune system, blood clotting, and fertilization. The key is moderation, and staying clear of foods with extremely high carbohydrate content. Below are a list of high carb foods to avoid:

1. Baked Potato. Most people think baked potato is safe because its a vegetable, and it doesnt have any sugar added during cooking. The truth is that baked potato actually has as much as 30g of carbohydrates per serving, according to the Massachusetts Institute of Technology.

2. Cereals. Majority of cereals, particularly those targeted towards children, are high in carbohydrates. The highest ranking one is Raisin Bran, which has 47g of carbohydrate.

3. Salty Snacks. A large number of salty snacks are rich in carbohydrates. In fact, even snacks marketed as health actually have high carb content. For example, Lays mesquite barbecue chips is marketed as low in fat, but has 22 grams of carbohydrates per serving.

5. Hard Candies and Gummies. Majority of these sweets are simply derived from hardened or concentrated granulated sugars. Gummie candies are particularly bad, since they contain nothing but granulated sugar and starch, plus food coloring. These types of food are 99% carbohydrates with very little (or none at all) nutritional value.

6. Dried fruits. While relatively healthier than candies, are still a far cry from fresh fruit. Dried fruits like prunes, dates, apples, and mango are high in carbohydrates and some even contain preservatives and confectionary sugar.
Dried fruits do contain a lot of dietary fiber and several vitamins (since theyre technically still fruits), so you can consume these in moderation, and can serve as alternative to candies while youre still in the process of dropping sugar from your diet.

7. Low fat crackers and potato chips. Again, low fat products can be misleading. As stated above, fat is not exactly the culprit per se. Also, low cat crackers, potato chips, and other snacks on the market are tasty because they have high carb content. Majority of them have 81 83% carbs. There are exceptions, but youll have to be vigilant and pay close attention to labels and ingredient lists.

8. Cookies and Cakes. Cakes, cookies, breads, and other pastries are derived from flour, which is 70 to 78% carbohydrates. Add this to the other ingredients of baked goods like sugar, egg, chocolates, and other sweets and you have a food product thats really not good for your health.

9. Jams and Preserves. They are high carb food, and can have as high as 68% carb content. The rule of thumb is that their carb content is relative to how dry or gelled they are. Basically, the less water or more dry the jam, the more carbs they contain.

10. Pizzas. Pizzas, even the healthy vegetable-only type ones, are high in carbohydrates due to the crust (which is made of flour). If you still want to have pizza in your diet but want to cut back on the carbs, you should opt for the ultra thin crust pizzas.

11. Cereals. Particularly those that come in a box, are regular traps for people who are trying to cut down on carbs and sugar. There are those that are unapologetically sweet, and contain both sugar, sweeteners, and coloring. But there are also those that advertise themselves as whole grain, but a close inspection of the back of the box reveal that they are in fact 90 to 90 percent carbohydrate.
The ideal replacement for these boxed cereals are hot cereals that you prepare at home, like oatmeal and rye both of which only contain 10 to 12% carbohydrates, and contain far more vitamins and complex carbs (which are good for the body).

12. Rice. Rice is particularly carb-heavy, so unless you are doing a lot of cardio and strength training, you should minimize or avoid them. The more dangerous ones are those that can be consumed in copious amounts because they come in small, bite size doses like rice cakes and sushi.

The list could go longer. Check 21 Day Sugar Detox and know more about combating your sugar addiction whether or not it has developed into a level that could raise concern and how you can stay healthy, lose weight and improve your general health..