Some Fascinating Facts About Rolex Watches You Should Know 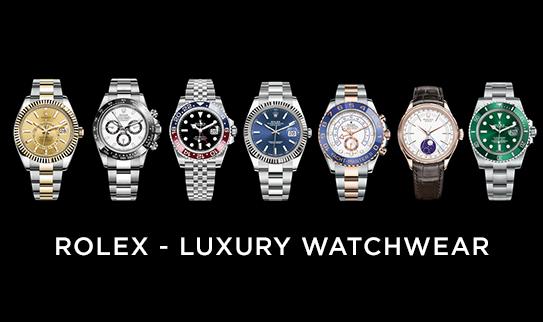 Rolex is considered the undisputed king of the luxury watch industry. Their watches are classy and sumptuous to a level that cannot be described in mere words. Rolex started its business back in 1905 in London, England. The foundations were laid by Hans Wilsdorf in association with his brother in law Alfred Davis. Since then, Rolex has been associated with multiple extraordinary feats that have shaped and developed the world of watchmaking as we know it. Today, the brand has numerous watches in its catalogue that are reasons for inspiration and envy at the same time for many around the world. These are the watches you need to know about if you consider yourself a watch enthusiast.

Now, this watch might not make the list of the best Rolex timepieces in most of the articles out there on the internet. In contrary, the watch deserves every last piece of respect it can get. The timepiece was originally launched in 2008 and it is the largest luxury steel sports watch made by the Swiss watchmaker. The watch is a masterpiece that perfectly showcases the manufacturer’s genius. It has an in-built helium valve that automatically releases helium gas when under extreme pressure. This intricate process ensures a safe decompression of the watch securing the device’s longevity.

The timepiece is also associated with one of the greatest feats accomplished by us as a race of intelligent beings. In 1960, two divers went aboard the ‘Trieste’ submarine to visit the deepest place on the ocean floor, the Mariana Trench. Rolex sent its Deep Sea Challenge timepiece along with the submarine with the device attached outside the vessel. The recorded depth of the vessel was 10,916 meters which made the Deep Sea Challenge the most resilient watch on the face of the planet.

Today, the Rolex Deep Sea offers an impressive water resistance of 3,900 meters along with a grade 5 titanium case back, a 5mm thick dome-shaped sapphire crystal front, and a RingLock system. The bracelet too is a specialized one that adopts the Glidelock system.

The Rolex Milgauss is a forgotten legend that impacted the watchmaking world in a very positive way. Any positive innovation in the realm of watchmaking is one that should be appreciated as well as studied upon. The watch was created especially for scientists, just like other watches from the brand were created for specialized fields such as adventure, diving, and racing.

The Milgauss was a genius invention by Rolex that was made to serve scientists in the 1950s. Scientists in the earlier days faced a problem with magnetic fields. Anything above 50 gausses would mess up a watch pretty bad and create inaccuracies in its mechanism. Rolex saw this issue and made a device that could resist up to 1,000 gausses of electromagnetic waves. This was a great relief for scientists as they would not have to refrain from wearing watches during work ever again.

5 Best Secrets For Women Who Want To Dress Better.

Do you prefer organic clothes for your baby?