Principle and Guidelines: Everything you need to know about Luminex Assay 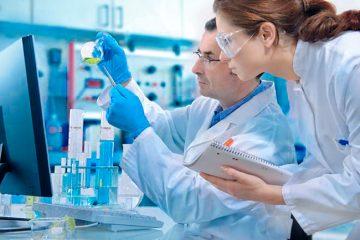 Traditionally, methods like ELISA (Enzyme-Linked Immunosorbent Assay) or Western Blot are in use for a single-analyte, or analysis of a single intracellular or extracellular protein at a time. These are also called singleplex protein detection methods. Both these methods are costly, time-consuming, and sample-depleting when one wishes to measure multiple markers in each sample.

An alternative to these laborious techniques is Luminex xMAP (Multi-Analyte Profiling) technology. It enables scientists to measure large numbers of proteins present in the given sample within a single reaction. It is also known as Multiplexing. It is a type of solid-phase Immunoassays, where the result analysis is carried out by the Luminex 100/200™ instrument.

Luminex Assay make use of different colored beads of superparamagnet, which are having a coating of antibodies specific to the analyte under study. These beads are added to and incubated with the sample. If the analyte has the molecules specific for the antibodies on the beads, they will get captured by these beads. The detection of these conjugates needs a unique instrument.

Luminex technology is a combination of advanced fluidics, digital signal processing, and optics. xMAP technology has a flexible design, which helps in performing a variety of bioassays accurately, cost-effectively, and quickly.

Luminex Multiplex is a solid-phase immunological assay that makes the simultaneous detection of multiple proteins in a sample quick and efficient.

How to Fix Issues of Windows 10?

What Is The Right Way To Create An Audiobook App?

What are great questions to ask a roofer before they get to work?