Pasadena Real Estate: A Look at the Numbers 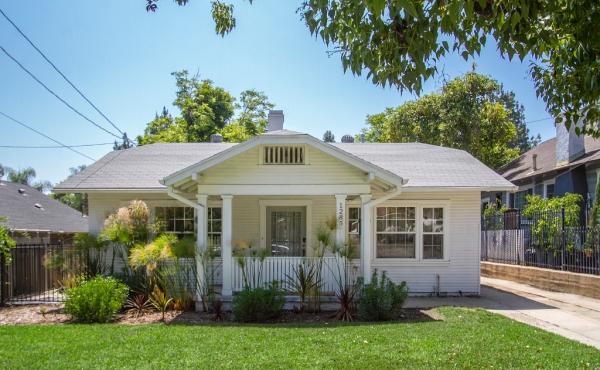 Pasadena is considereda powerhouse city located only ten minutes northeast of Los Angeles. The city has earned a reputation as one of the region’s cultural hubs. As a result of this - not to mention the fact that the city itself is remarkably planned with beautiful streets and neighborhoods – homes in Pasadena have become a hot investment. Why? Because Pasadena is an outstanding place to live, as the numbers show.

Located in the Northeast next to the San Gabriel Mountains and Arroyo Seco River, Pasadena is an oasis where many people and businesses have called home. As the 183rd largest city in the US, Pasadena is loaded with interesting and valuable amenities such as Old Town Pasadena, the Rose Bowl, the Pasadena Playhouse and the Norton Simon Museum. Of course, like many cultural destinations, how artistic the streets reflect the art in the city and homes are and Pasadena is all about artful living.

This explosion of culture over many decades has produced many variations of home styles including Midcentury, Spanish Revival, Cottages and Victorians. Subsequently, Pasadena was one of the leading entities of the Arts & Crafts Movement in the early 20th century. This resulted in massive production of the American Craftsman and Bungalow style homes.

Pasadena has worked hard to preserve these rarities by setting laws and ordinances in order to preserve important areas as historic landmark districts. For example, “Bungalow Heaven” is a collection of 800 Craftsman homes that were built between 1900 and 1930 that have been legally protected since 1989. Pasadena provides tours of these preserved homes to provide a unique experience to tourists and residents alike.

Seeking out real estate in Pasadena is all about the desire to own and live in some of these fabulous homes that often come up for sale. When they do, they don’t last long and the final sales price is often much higher than what was asked. Bidding wars for homes for sale in Pasadena are the rule, not the exception. The top producing Pasadena real estate agents stay busy and on their toes.

According to the 2000 U.S. Census, Pasadena had a population of 134,941 people. Spread out over 25.15 square miles, there were approximately 5,366 per square mile, this is average for Los Angeles County. The average income was $62,825, which is average for the county. The average household size was 2.5 people, which is a low number for Los Angeles.

WalkScore.com has given Pasadena a score of 66 out of 100. This means that Pasadena is somewhat walkable and some errands can be completed on foot. Pasadena has a bike score of 72 out of 100 meaning that it is very convenient to own a bicycle. Public transportation is very accessible in Pasadena. The Los Angeles Metro Gold Line Rail has six stations in Pasadena. In addition to the Los Angeles Metropolitan Busses that serve the city, Pasadena has its own bus system – the Pasadena Transit. Four major freeways run through Pasadena including the Foothill Freeway (I-210), the Ventura Freeway (SR-134), the Long Beach Freeway (SR-170) and the Arroyo Seco Parkway (SR-110).

Zillow estimates that the average home value in Pasadena is $720,300. This is a 5.5% increase since last year’s average. Zillow predicts that this rate will increase 1.9% over the next year up to $734,000. The average listing price per square foot is $538 which is higher than the Los Angeles average of $390. The current market temperature in Pasadena is “Very Hot” meaning that it is an ideal market for Sellers. The average price of homes currently listed is $799,000 while the average rent price is $2,600. This is lower than the Los Angeles median of $2,995. Compared to other markets across the country, Pasadena’s Market Health is a 7.9/10. Only 8.6% of listings get a price cut and 4.1% of homes sell below their previous sale price. Due to the bustling nature of this beautiful city, we expect Pasadena to remain a high contender on the housing market.