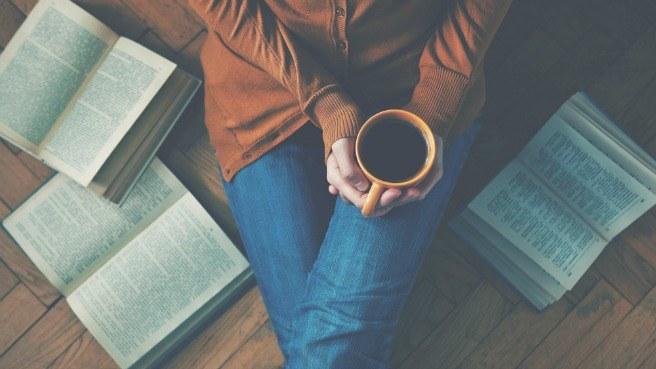 Books are those Non-Living things that leave people most vulnerable and affect the lives of people reading them. Hence the responsibility of authors increases significantly. Books have all sought of emotions, and a writer beautifully depicts each facet of human nature and captures the attention of all readers.

Below are Best Seller books from different genres-

1. Mystery: And Then There Were None by Agatha Christi

Who won't be enchanted by a suspense thriller especially when the plot is by Agatha Christie! Here a group was enticed to an island who had been responsible for some crime but have escaped without being guilty.

And two servants in charge and they were the only people stuck there due to weather and other issues and ten of them are killed, and in the end, we come to know the murder and motive behind the same.

2. Horror: The Exorcist by William Peter

Experiencing goosebumps is the best feeling for a fan of horror genre and exorcist is known to be classist among the horror collection these days. And so it was later transformed into a movie and gained lots of appreciation.

A story where a 12-year-old is possessed by an evil spirit and after all the attempts by the doctors she was brought to priests and even after all the lengthy processes they failed and so father sacrificed his own life for the girl's sake.

One experiences a lot of chills while reading the novel.

3. Positive psychology: The Art of Happiness by Dalai Lama

It has chapters in-depth inside each of the below Sub Heads:
Part I is Purpose of life
Part II is Human Warmth And Compassion
Part III is Transforming Sufferings
Part IV is Over Coming Obstacles
Part V is Closing Reflections On Living A Spiritual Life

4. Autobiography: The Story of My Experiments with Truth by Mahatma Gandhi (1927)

It has all the experiences of Mahatma Gandhi's life since his childhood days, and he was insisted by Swami Anand and other close workers for the same.

It had gained a lot of recognition and was published in English in a weekly journal " Young India."

Also, It was listed as one of the "100 Best Spiritual Books of the 20th Century" by a committee of global spiritual and religious authorities

Magic is done by casting spells over a wand and having a competing mind blogging game where one sits on a flying broom and is in a race to make points sounds so fantastic, and it has not only captured kids, but even the adults go crazy over such exemplary creative work of words.

Also, this is one of those series where people fall in love with their characters.

And need not say that it has also been transformed into movie series.

Every food lover appreciates recipes that are tasty at the same timeless time-consuming.

But keeping other recipes at bay as they won't ever match up with mouth-watering street food. Hence this book is listed in the all-time favorite record.


7. Self-Help: How To Make Friends And Influence People by Dale Carnegie

It has been named to the 19th position for 100 most influential books of 2011. It mainly deals with the following topics:

4. 12 Ways to Win People to Your Way of Thinking

5. Be a Leader: How to Change People Without Giving Offense or Arousing Resentment

This is Covey's one of the best-selling self-help books, and he has illustrated by reference to "Goose that laid golden eggs."

It's main head points are:

Humorously, here the author has stated differences in thoughts, behaviors, expectations of men and women, and how we have to embrace differences of each other and lead a satisfying life.
And the main heads are:

Chap 1: Men Are from Mars, Women Are from Venus
Chap 2: Mr. Fix-It and the Home Improvement Committee
Chap 3: Men Go to Their Caves and Women Talk
Chap 4: How to Motivate the Opposite Gender
Chap 5: Speaking Different Languages
Chap 6: Men Are Like Rubber Bands
Chap 7: Women Are Like Waves
Chap 8: Discovering Our Different Emotional Needs
Chap 9: How To Avoid Arguments
Chap 10: Scoring Points with the Opposite gender
Chap 11: How to Communicate Difficult Feelings
Chap12: How to Ask for Support and Get It
Chap 13: Keeping the Magic of Love Alive

10. Motivational: To Kill A Mocking Bird by Harper Lee

Tragedy has always been part of literature and came into limelight by Shakspere's stories, and since then it has been enchanting hearts of several readers this is one of them.

Narrated by a small girl till she becomes an adult and how it was regretful of villagers killing tom and the whole meaning behind the title, local beliefs and such fascinated characters makes this book as one of the most sentimental ones.

What remains is to grab a cup of coffee and attack a corner and enjoy the journey where the book takes you.

And some more happiness is waiting for you... 100 books to read before you die.

Role of Invoice Process Automation in IT Staffing Business

How to Start a Furniture Manufacturing Business?

Incredible Places to Visit In Rajasthan