How To Write Chapter Three Of Your Research Project 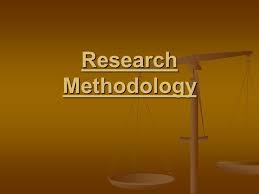 This chapter explains the different methods to be used in the research project. Here you mention the procedures and strategies you will employ in the study such as research design, research area (area of the study), the population of the study, etc.

You also tell the reader why you chose a particular method, how you planned to analyze your data. Your methodology should be written in a simple language such that other researchers can follow the method and arrive at the same conclusion or findings.

You can choose a survey design when you want to survey a particular location or behavior by administering instruments such as structured questionnaires, interviews, or experimental; if you intend manipulating some variables.

The purpose of chapter three (research methodology) is to give an experienced investigator enough information to replicate the study. Some supervisors do not understand this and require students to write what is, in effect, a textbook.

A research design is used to structure the research and to show how all of the major parts of the research project, including the sample, measures, and methods of assignment, work together to address the central research questions in the study. The chapter should begin with a paragraph reiterating the purpose of the study.

It is very important that before choosing a method, try and ask yourself the following questions:

Will I generate enough information that will help me to solve the research problem by adopting this method?

Your methodology should aim to provide you with the information to allow you to come to some conclusions about the personalities that are susceptible to a road accident or those personality types that are likely to have a road accident.
The following subjects may or may not be in the order required by a particular institution of higher education, but all of the subjects constitute a defensible methodology chapter.

A qualitative study does not have variables. A scientific study has variables, which are sometimes mentioned in Chapter 1 and defined in more depth in Chapter 3. Spell out the independent and dependent, variables. An unfortunate trend in some institutions is to repeat the research questions and/or hypotheses in both Chapter 1 and Chapter 3. Sometimes an operational statement of the research hypotheses in the null form is given to set the stage for later statistical inferences. In a quantitative study, state the level of significance that will be used to accept or reject the hypotheses.

In a quantitative study, a survey instrument that the researcher designed needs a pilot study to validate the effectiveness of the instrument, and the value of the questions to elicit the right information to answer the primary research questions in. In a scientific study, a pilot study may precede the main observation to correct any problems with the instrumentation or other elements in the data collection technique. Describe the pilot study as it relates to the research design, development of the instrument, data collection procedures, or characteristics of the sample.

If a Likert scale is used, the scale should be described. If the study involves interviews, an interview protocol should be developed that will result in a consistent process of data collection across all interviews. Two types of questions are found in an interview protocol: the primary research questions, which are not asked of the participants, and the interview questions that are based on the primary research questions and are asked of the participants.

In a qualitative study, this is the section where most of the appendices are itemized, starting with letters of permission to conduct the study and letters of invitation to participate with the attached consent forms.
Sample: this has to do with the number of your participants or subjects as the case may be.
Analysis (how are you planning to analyze the results?)

This chapter deals effectively with the research methods to be adopted in conducting the research, and it is organized under the following sub-headings:

Research Area; this has to do with the geographical environment of the study area where the places are located, the historical background when necessary and commercial activities of that geographical area. For example, the area of the study is Ebonyi State University. At the creation of Ebonyi State in 1996, the Abakaliki campus of the then ESUT was upgraded to Ebonyi State University College by Edict no. 5 of Ebonyi State, 1998 still affiliated to ESUT with Prof. Fidelis Ogah, former ESUT Deputy Vice-Chancellor as the first Rector. In 1997, the Faculty of Applied and Natural Sciences with 8 departments was added to the fledging University, and later in 1998 when the ESUT Pre-Science Programme was relocated to Nsukka, the EBSUC Pre-Degree School commenced lectures in both Science and Arts in replacement of the former. This study focused on the students of the Business Education department in Ebonyi state university.

The population of the Study

The population is regarded in research work as the type of people and the group of people under investigation. It has to be specific or specified. For example educational study teachers in Lagos state. Once the population is chosen, the next thing is to choose the samples from the population.

According to Uma (2007), the population is referred to as the totality of items or object which the researcher is interested in. It can also be the total number of people in an area of study. Hence, the population of this study comprised of all the students in the department of Business Education, Ebonyi State University which is made up of year one to four totaling 482. The actual number for the study was ascertained using Yaro-Yamane's formula which stated thus:

N is the Population

e is the error margin

It may not be possible to reach out to the number of people that form the entire population for the study to either interview, observe, or serve them with copies of the questionnaire. To be realistic, the sample should be up to 20% of the total population. Two sampling techniques are popular among all the sampling techniques. These are random and stratified random sampling techniques. (A). in Random Sampling, the writers select any specific number from a place like a school, village, etc. (B). In Stratified Random Sampling, one has to indicate a specific number from a stratum which could be a group of people according to age, qualification, etc. or different groups from different locations and different considerations attached.

This is a device or different devices used in collecting data. Example: interview, questionnaire, checklist, etc. instrument is prepared in sets or subsections, each set should be an entity thus asking questions about a particular variable to be tested after collecting data. The type of instrument used will determine the responses expected. All questions should be well set so as to determine the reliability of the instrument.

The validity of the Instrument

Reliability of the Instrument

The test-retest reliability method is one of the simplest ways of testing the stability and reliability of an instrument over time. The test-retest approach was adopted by the researcher in establishing the reliability of the instrument. In doing this 25 copies of the questionnaire were administered on twenty-five selected respondents. After two weeks another 25 copies of the same questionnaire were re-administered on the same group. Their responses on the two occasions were correlated using Pearsons Product Moment Correlation. A co-efficient of 0.81 was gotten and this was high enough to consider the instrument reliable.

Administration of the instruments:

Here, the writer states whether he or she administers the test personally or through an assistant. He also indicates the rate of return of the copies of the questionnaire administered.

Here items on the questionnaire or any other device used must be assigned numerical values. For example, 4 points to strongly agree, 3 points to agree, 2 points to disagree, and 1 point to strongly disagree.

The weighing was as follows:

The mean of the scale will then be determined by summing up the points and dividing their number as follows with the formula:

X= Nominal value of the option

Therefore, the mean of the scale is 2.5.

EDITORS SOURCE: How To Write Chapter Three Of Your Research Project (Research Methodology)