How Long Does It Take To Get Pardon In Canada 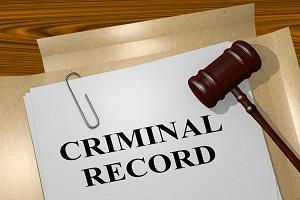 It is said Canada pardon takes about 5 and 10 years to come through. If you do not know what this statement means, read on to know the complete picture about Canada pardon time frame under different conditions and situations.

What does 5 and 10 years mean
When we say 5 and 10 years, it refers to the time people must wait to get pardon after they have completed the sentence ordered by the courts. This will mean that only after 5 to 10 years pass after their sentence was served, they can be eligible for pardon. When the subject is involved in summary offenses, the waiting period is 5 years; whereas in case of Indictable offenses, the waiting period is about 10 years.

Summary Vs Indictable offenses, what is the difference?
Summary offenses and indictable offenses are two terms that classify the different kinds of offenses based on the severity. They mean less severe and more severe offenses respectively. It can be very difficult at times to know the type of a given offense. Some offenses can be of hybrid nature. The final decision regarding the branding of a particular offense as summary or indictable ultimately lies in the hands of the prosecuting attorney.

Types of summary charges
Though a DUI is a hybrid offense, it can never be said as an indictable offense unless there is a case of someone else getting injured or if the offense was the second or third one. Whereas, an offense like shoplifting or a theft under a predefined amount of dollars will always be treated as summary. Simple assault that did not result in any injury or frauds under 100, mischief can all be considered as examples for summary offenses.

Types of indictable charges
In general terms, if anyone is hurt during the incident that gave way to the arrest, it is most unlikely that the charge can be considered as summary. In most cases, assaults resulting in bodily injury is indictable in nature. More serious offenses that are non-violent in nature like frauds over 5000 or possession for the sake of trafficking can only be considered as indictable offenses.

Why must you work through a reliable Canadian pardon services?
Amust be chosen carefully since only an accomplished agency that has a great track record backed by a good team of knowledgeable professionals can help you get pardon within a short time. Though you can apply for pardons yourself, any flaws in the applications can lead to rejection. To avoid the hassles and minimize the time and spending involved in pardon, applying through an accomplished pardon services can always help.