How Cosmetic Surgery is Different from Plastic Surgery? 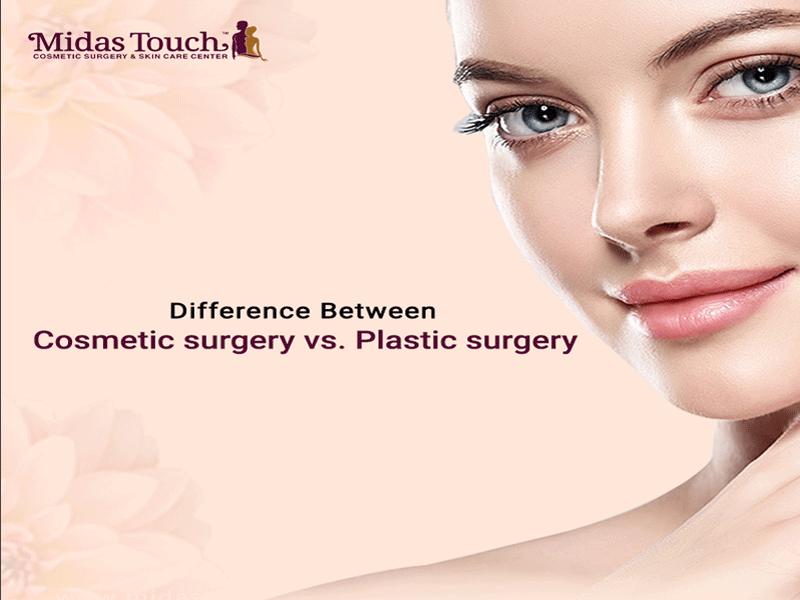 A big question for everyone while considering surgeries is- what is the key difference between a cosmetic surgery and a plastic surgery? There are lots of myths regarding the same as well. Sometimes people may confuse users, saying that both are same and use interchangeably. Some might even say that they have a negligible difference, but they aren’t aware of the same (though it’s too rare to find such honest answers). Due to this, lots of questions arise and so does wrong information about both types of surgeries. Let's find out the real truth then-

When one talks about a cosmetic surgery, it is related to improving the patient’s appearances. They use a different type of technique and the principle is to improve the aesthetic appeal and, might as well be, the proportion of a body part. One can get this surgery done on any part of the body to improve the appearance, enhance the body part, proportion and/or get the desired symmetry. These are the usual reasons for people who get such surgeries done.

One should take consultancy before making the decision because it is a big one and you should be sure about it before you begin with the surgery. You would find good cosmetic surgery doctors- you just need to search properly such as “best cosmetic surgery in Ahmedabad”(or the respective city you are in) to get an appointment.

There are many types of surgeries that come under this category such as breast augmentation, tummy tuck liposuction, rhinoplasty (nose surgery), chin or cheek enhancement, facelift, neck lift, brow lift, hair replacement or transplant and many more. Any and every part of the body can be put in shape with the help of this surgery.

The doctors who conduct such surgeries are specialists who deal in reconstruction and repairing of a body part which is usually out of form due to birth disorders, traumatic events, accidents, fractures, burns, diseases and so on. The main function of the plastic surgery is to reconstruct, restore or get dysfunctional body parts back into functioning mode. After surgery, it looks like the same as any other human being’s normal body part (if the issue has been since birth) or same as before it was the traumatic event or disease one went through. It also helps in improving self-esteem which gets lowered due to a defect in the body part for the majority of the people in this case.

This kind of surgery deals with burn repair surgery, hand surgery, reconstruction of breasts, repair of congenital defects, reconstruction of lower extremities, scar revision surgery and so on. There are a lot of benefits of getting this kind of surgery performed. It not just solves the physical issues but also builds confidence. For this surgery too, one needs to get consultancy because it costs higher than usual surgeries and is not a small one to go through either. You should reconsider every aspect the doctor or consultant tells you about regarding the surgery.

Both the surgeries are poles apart, once a person starts to understand them properly. One might as well consider cosmetic surgeries as a subset of plastic surgeries. This is one of the biggest reasons why people get confused between the two. It is very important for them to have complete clarity about both of them before having a surgery done and also to take consultancy before making the final decision. One can also approach cosmetic surgery clinic in Ahmedabad (or respective city) any time, for consultancy and the guidance required.