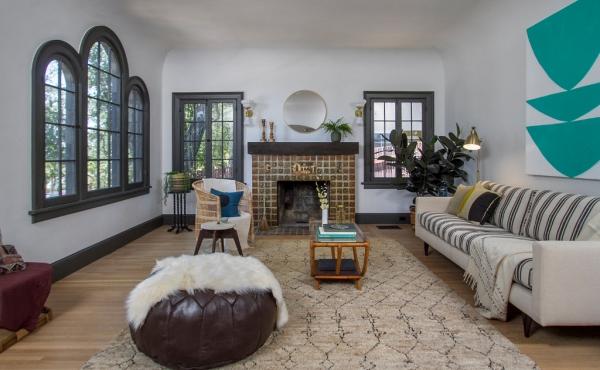 To those monitoring real estate trends in Los Angeles, it’s no surprise at all to know that the NELA district of Highland Park has been enjoying a long, steady real estate boom. As real estate in Silver Lake, Mt. Washington and Eagle Rock have skyrocketed in recent years, those priced out of those areas have found everything they’re looking for in Highland Park. Homes in Highland Park are being snatched up like hotcakes and Highland Park real estate agents are working overtime.

Highland Park is a historic neighborhood located in Northeast Los Angeles. It is comprised of a wide spectrum of ethnic and socioeconomic groups. Its hilly terrain is found in the San Rafael Hills along the famous Arroyo Seco River. With the completion of the Arroyo Seco Parkway in 1940, Highland Park began to spring to life with new inhabitants. New homes were in demand and the Craftsman / Bungalow styles aligned with the needs of the new era.

In fact, Craftsman and Bungalows are similar in many ways. The main difference besides layout is that single-story Bungalows have a large front veranda because they were modeled after Bungalow mansions that still exist today as historical landmarks in Pasadena.

The popularity of verandas has kept Bungalows in demand throughout the 20th century until today. The positive influx of population in Highland Park has assured the construction of new and varying styles of Bungalow homes. The famous architect, Frank Lloyd Wright, developed the Prairie Style home based off Bungalows. These homes had specific angled eaves, which blocked out heat from the hot summer sun and allowed in light from the docile winter sun.

Bungalows range from $400,000 to $800,000. They are ideal for middle class people looking for modest sized homes. The single-story blueprint is ideal for people who dislike stairways. Because they are single-story they are always built in clusters so each home has privacy and will not be neighbors with a towering Victorian. On occasion, some Bungalows may have a built-out second floor or a half raised basement which residents may use for utilities, extra bedrooms or entertainment rooms.

The basic characteristics of a Bungalow home include a large front veranda, sloping roofs, rafters that are visible under eaves and a center gable. The exterior of the home can be made with stucco, wood shingles, or horizontal siding paired with stone or brick chimneys. The upper end Bungalow homes sport Arts & Crafts style woodwork, glass and / or metal in the interior.

Craftsman style homes have also been developing and increasing in popularity since the 20th century. These strongly assembled homes are favored because of their built-in features. The ascension of the middle class in the early 20th century found built-in cabinetry was a classy way of displaying china in living quarters and opening up room in the kitchen for families to gather and have meals. These cabinets attached to the walls as borders to drawers and fireplaces.

American Craftsman homes were developed by the famous Pasadena architects, Greene and Greene. They wanted to steer away from the issues that arose in Victorian style homes. The main features they wanted to include were: open floor plans to improve central heating, fireplaces, built-in cabinetry and hardware, light fixtures and tile work finishes.

Craftsman homes remain in demand today and can range in price from $400,000 to $1,000,000. Craftsman homes are typically one or two stories with low-pitched roofs, clipped gables, and broad eaves. These eaves are supported by visible rafter tails and knee braces. Sometimes they will have small verandas on the front or sides of the home.

Whether you’re a buyer or seller, be sure to find an experienced Highland Park realtor to represent you in your transaction. Perform your due diligence and ask around. An investment in buying and / or selling a home is one of the most important financial decisions you’ll make. Be smart!