fMt. Washington Real Estate: A Look at the Numbers 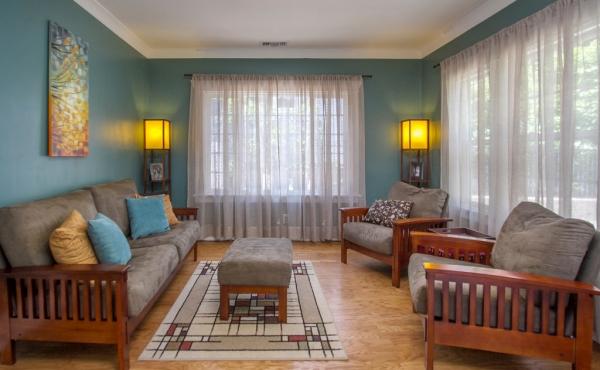 For many years - decades, in fact - the LA district of Mount Washington was one of the hidden treasures of Los Angeles neighborhoods. All of that changed during the real estate boom of the mid-1990’s and since that time, the run on Mt. Washington homes for sale has been akin to the California Gold Rush. Homebuyers, investors, home flippers and creative types of have been snapping up Mt. Washington real estate as fast as they can. Let’s look at what the facts and the numbers tell us.

Mount Washington is located in Northeast Los Angeles just south of Eagle Rock, west of Highland Park and Northeast of Cypress Park. This mountainous community is located in the San Rafael Hills. Every house is situated on unique and hilly terrain. This eclectic community is home to many styles of houses, which allows people to build on lots of all shapes, sizes and slopes.

According to the LA Times, the population of Mount Washington was 13,531 people in 2008. With its 1.85 square mile radius there were 6,878 people per square mile. This is about average for Los Angeles County. The average income in 2008 was $57,725 and 2.9 people per household size. Both of these numbers are average for the county.

Even though the houses are on hills, Mount Washington is surprisingly accessible for walking, biking and public transportation. According to WalkScore.com Mount Washington is somewhat walkable with a score of 50. Some errands can be accomplished on foot. The transit score for Mount Washington is 59, meaning there are many convenient public transportation options - including the Gold Line Metro what deposits travelers at the Southwest Museum. Lastly, although this community is decorated with a slue of steep hills, there are some bike lanes on the main roads earning a bike score of 35.

Since Redfin named Mount Washington one of the hottest cities in the country, house flipping increased in like wildfire throughout the community. In effect Zillow has labeled the housing market as “Cold” because it has become ideal for the Buyer with so many fresh homes to choose from. Because of this increase in listings, approximately 11.5% of listings end up shaving their price down. Compared to other markets in the nation, Mount Washington has a market health of 2.2/10. This is part of the average real estate flux. People will continue to search for homes in Mount Washington, but eventually the majority of the homes will be house flipped and/or sold. Once the number of listings decrease the community will turn back to “Hot” - a Seller’s Market - with hoards of people trying to obtain property in this hidden oasis of Los Angeles.