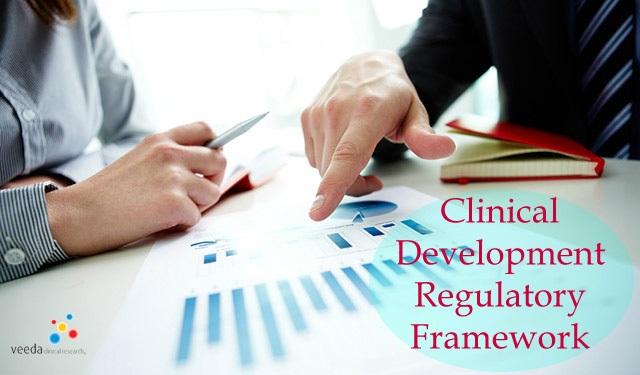 India is emerging as a country with tremendous potential to contribute to the national and international clinical trial platforms. The Central Drugs Standard Control Organization (CDSCO) is the national regulatory authority of India managed by the Drug Controller General of India (DCGI). The DCGI is responsible for the coordination of inspections of the sponsors, manufacturing units, as well as the trail sites.

In 2000, the Indian Council of Medical Research (ICMR) set up ethical guidelines for conducting biomedical research on human subjects. The year 2005 saw revision of Schedule Y of the Drug & Cosmetics acts, 1945, to align Indian regulatory laws to definitions and procedures that are internationally accepted. The changes included:

India also signed the trade-related intellectual property rights (TRIPS) agreement in 2005 in order to open up the prospects for conducting more clinical trials in India.5 Apart from harmonizing the regulatory acts to international standards, India quickly became a favorable destination for clinical trials as it offered:

Set Back for Clinical Trials

Despite changes in the regulations, many multinational pharmaceutical companies took advantage of the large population that had either inadequate knowledge about clinical trials or were illiterate. In addition, an ill-defined health care system added to the challenges of monitoring unethical practices. This led to conducting clinical trials with little supervision and no recording of patient informed consent either in written or as audio/visual content. Patients were administered investigational drugs or devices without disclosing known serious adverse effects, some leading to death of the subjects. Moreover, no independent inquiry committee was set up to ascertain if the death of patient was related/not related to the investigational product or device.

The years 2010 to 2013 saw a trying phase in the Indian clinical trial scenario due to the accumulated ill effects of conducting unethical trials. However, with a better regulatory framework in place, the Clinical Trial Registry of India (CTRI) has recorded a steady rise in the number of trials being conducted. It was also observed that most of the trials were phase III trials.

Revival of the Clinical and Regulatory Scenario

In 2014, the CDSCO has constituted 12 new drug advisory committees (NDAC) and 25 subject expert committees (SECs). These committees have a number of experts from eminent government colleges and institutions to expedite the approval timelines of a clinical trial to 6-7 months. The three-tier process consists of:

However, only the SEC reviews global clinical trial applications and no further approval is required from the Technical Committee or the Apex committee. Investigational new drug (IND) applications are also reviewed independently by the IND committee and do not require the approval of the Apex Committee. A Technical committee comes into picture only if the SEC has rejected a sponsor’s application and the sponsor feels aggrieved by the decision. In such an event, if the Technical committee disagrees with the decision of the SEC, it has the power to overrule the decision of the SEC.

In March 2019, the Ministry of Health and Family Welfare, India released the New Drugs and Clinical Trial Rules 2019 with the intention to fast track the approval for clinical trials, new drugs, bio-equivalence (BE), or bioavailability (BA) studies. These rules have also addressed any ambiguity that existed with respect to the regulation of Ethics committee (EC).

• Highlights of the New Drugs and Clinical Trial Rules, 2019 - Updated rules and regulations.

• Approval timeline for clinical trials - 90 working days from receipt of application for drugs discovered outside India and 30 working days for new drugs or IND in India.

• Manufacturing of new drugs or IND, BE & BA studies or test analysis or examination - Permission is required from the Central Licensing Authority (CLA).

1. No evidence of difference in metabolism, safety or efficacy owing to difference in the genetic profile of the Indian population.

• Post-trial access to IND or new drug - In unique circumstances, the drug is to be distributed free of cost to trial subjects per the direction of CLA, but no liability lies with the sponsor for use of drug after trial.

• Pre-submission and post-submission meetings - To seek guidance with respect to law and procedures that governs the process of manufacturing and licensing or granting permission.

• Approval for trials conducted by EC and registration of EC - Approval to be obtained from EC of another trial site if trial site does not have an EC and the EC should be within 50 km of the trial site.

1. CLA approved registration of EC remains valid for five years from the date of issue.

• Conditions to be fulfilled for conduct of clinical trial - Submission of status report on a quarterly basis or depending on the duration of trial to track subject enrolment.

1. Online reporting of the status of the clinical trial every six months via SUGHAM portal to know if the trail is ongoing or completed or has been terminated.

• Fee for procuring license, certificate of registration and permission for trial - Different fee structures depending upon the purpose of the trial. Fee ranging from INR 50,000 to 5,00,000.

The challenges of dealing with clinical trials are multi-faceted and involve abiding of the regulatory framework in a responsible and ethical way by stakeholders, government, and judicial system alike.

Patient safety and protection should be of utmost importance laying strict rules for:

• Informed consent by audio-visual recording and in a language that the patient is comfortable with
• Respect for the patients cultural, social, economic, and educational background
• Timely reporting of SAEs

New ground rules that can open up the possibility of expanding medical research in India are:

• Approval of proposals submitted to the DCGI within 30 days of application, if there is no communication from the DCGI
• Fast-tracking of domestic approvals
• Pre and post-submission meetings with the expert committee to bring in more transparency to the process and to set a well-defined timeline for trial completion
• Trial compensation in case the investigational drug led to SAEs/death.

Proficient workforce and state-of-art infrastructure also play an important role in attracting sponsor companies. Research has demonstrated that though Phase III trials are being conducted in a big way in India, Phase I trials seem to be limited to the sponsor country. This could be attributed to the Sponsor’s apprehension in procuring qualified workforce and technology. To enable indigenous research to happen in India, it is pivotal to provide appropriate exposure or continuing medical education to personnel and access to up-to-date technology to be recognized as a country competent enough to conduct any phase trials.

Equally important is the need for skilled health care workers to be available throughout the country to account for the uneven distribution of clinical trials across states. Concentrating a trial on a particular state could lead to biased conclusions and oversimplify or exaggerate a disease burden or condition. By providing access to people in all states to join a clinical trial, we not only minimize bias but also include diverse, ethnic populations.

With positive, patient-friendly, fast track, and transparent regulatory laws, India will continue to grow as an international hub for testing and developing innovative medicines and medical devices.

An Expert's Guide To An Immaculate Business Mobile App