Does IP Induce Dominance in the Market? 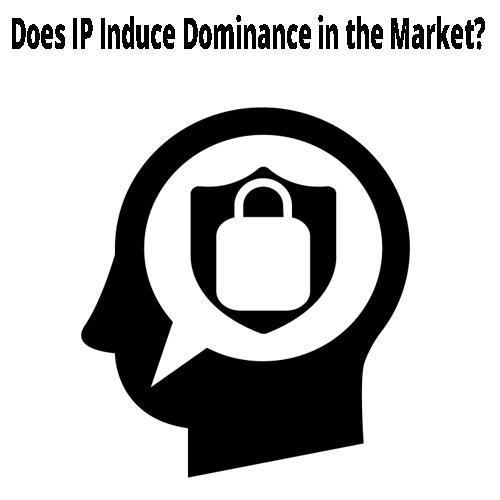 It is human nature to work on the incentive theory where the actions are controlled by the rewards we get so to put it down softly unless the inventor or the creator is provided with some kind of reward the future of any kind of development is very low.

This would be my take on the matter where they have not of the intellectual property asks why are the rights, even granted; why is the new development not available for all to use.

And this where the economist came up with a simple answer to why grant IP rights even though they act as negative rights.

The simple answer to this would be the rights allow the inventor to come up with appropriate economic rewards by granting them rights to stop others from “free-riding” on the creations and inventions they come up with.

Moreover; nations in the world that grant IP rights have also come up with the various competition laws to prevent dominance and to protect consumer rights as well.

So before we can understand can IP induce dominance we need to understand the rights that are granted by these intellectual properties.

Intellectual property has been mainly divided into 4 major categories that are Patent, Trademarks, Copyright, and Design.

Patents are also considered monopoly rights that are granted on the generation of new and innovative technology. These rights are granted after proper scrutiny and complete search on the patent database with existing technology and the list of inventions that are not provided under the Patent laws protection.

Copyright is a right over the expression of an idea rather than the idea itself and is commonly granted to creatives over the creations they develop such as books, paintings and in certain cases even software are given protection.

Design registration is usually attained for the aesthetics of any product or the company logo if it involves something unique and something that does not have any prior registration.

These are the basic intellectual property that can be obtained by the person and that has the potential of granting the owner of the property with the monopoly right IP. The rights though defined in the law are not a sure-shot as in the case of tangible properties where the boundaries can be easily defined but not the case with IP where the lines are blurred with further development and sometimes require court intervention to define the boundaries.

The scope of protection in such cases define the development of follow up IP’s and complementary IP’s. The scope of protection is also defined by the competition law that imposes certain restrictions upon the owner of the invention or creation when granting licenses and in certain cases, they also limit so that no dominance is created in the market with the use of the patented technology, trademark or any other IP rights that are granted.

The market is governed by different regulatory mechanisms and hence there is a need for managing control and introduction of equitable regulatory measures is important, so that the basic needs of consumers and entrepreneurs interest are also met.

Where the intellectual property is concerned the competition law governs the commercial use of such property so that the monopoly over the technology or any product does not adversely affect the economy.

What would be considered Dominance as per competition law?

Dominant position as per competition law has been simply listed as a position of strength in the market that a company enjoys that enables him to operate independently of their competitors in the relevant market and also something that affects the consumers also.

And the companies that are found guilty of abusing such a dominant position in India are charged and sometimes regulatory ban is also imposed on such companies.

Even with the limited dominance competition law makes it impossible for them to enjoy the dominant position by the formation of anti-competitive agreements and regulatory provisions that help the IPR to play a positive role and encourage innovation, promotion of business and to help formulate new businesses.

Competition law has been regarded as one of the best effective methods used by the regulatory authorities to curb the abuse of dominance position that may arise with the grant of monopoly rights with IPR as they are the rights that give the power to the owner to exclude others from using or accessing the product.

The balance that is struck by the competition law is to see that not consumer or market is affected by the grant of patent or trademark rights.

And hence, In this era of the technological revolution that is being witnessed by us all over the world, it is quite common to come across infringement suits;

moreover, it is quite often to witness many registrations than predatory in nature; but recognizing such registrations and regulating them has been completely controlled by IP offices and WIPO effectively.

So stating that IP creates dominance in the market is correct but it is also a fact that the regulations so imposed by the government are quite effective in controlling abuse of such dominance.

How to settle down QuickBooks Error PS107

Know the benefits of choosing Work from Home

What to Look for In a Entry Level DSLR Camera?