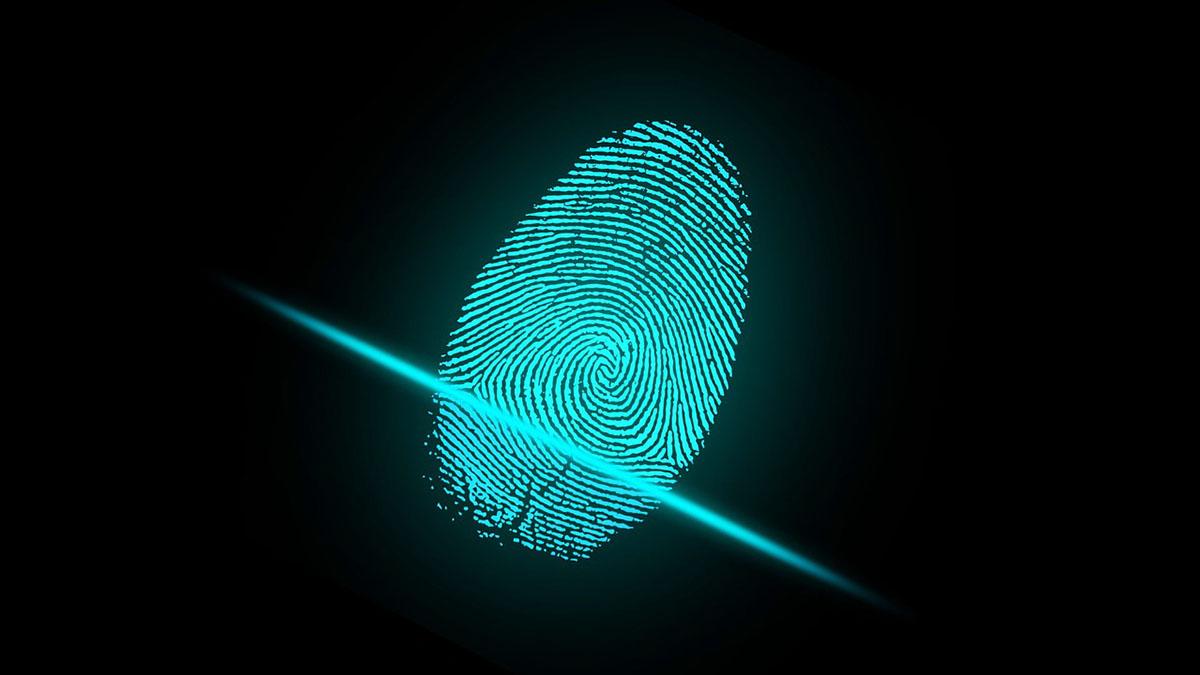 Fingerprint identification is the most widely used biometric user authentication technology. The method uses the uniqueness of the papillary patterns on people's fingers. The print obtained with the scanner is converted into a digital code and then compared with previously entered reference sets. However, getting an electronic representation of fingerprints with a distinguishable papillary pattern is a rather tricky task. Since the fingerprint is too small, rather sophisticated methods have to be used to obtain a high-quality image.

According to the physical principles, all existing fingerprint scanners can be divided into three groups:

Based on the use of optical imaging techniques. Currently, there are the following technologies for the implementation of optical scanners:

Fibre optic scanners: Fiber optic scanners are a fibre-optic array, each fibre that ends with a photocell. The sensitivity of each photocell allows detecting the residual light passing through the finger at the point where the finger's relief touches the scanner's surface. The fingerprint image is formed according to the data of each of the elements.

Electro-optical scanners: This technology is based on a special electro-optical polymer, which includes a light-emitting layer. When you put your finger on the scanner, what happens? First, the inhomogeneity of the electric field near its surface is reflected in the glow of this layer. It highlights the fingerprint. The scanner's photodiode array then digitizes the light.

Optical scanners: Optical scanners, broaching (sweep optical scanners) -to generally similar FTIR devices. Their peculiarity is that the finger should not only be applied to the scanner but passed along a narrow strip - the reader. When you take your finger across the surface of the scanner, a series of snapshots (frames) are accepted. In this case, adjacent structures are removed with some overlap, i.e., they overlap each other, making it possible to significantly reduce the size of the prism used and the scanner itself. For the formation of the fingerprint image during its movement along the scanning surface of the frames, specialized software is used.

Roller-style scanners: In these miniature devices, the finger is scanned by rolling the finger over a transparent thin-walled rotating cylinder (roller). During the finger's movement along the surface of the roller, a series of snapshots of a fragment of the papillary pattern in contact with the character is taken. Similarly to a broaching scanner, adjacent structures are taken overlapping, which allows you to collect a complete image of a fingerprint without distortion. Again, the most straightforward optical technology is used for scanning: inside a transparent cylindrical roller, there is a stationary light source, a lens and a miniature camera. The lens focuses the image of the illuminated area of â€‹â€‹the finger onto the sensitive element of the camera. After a total "scroll" of the finger, a picture of the user fingerprint is "assembled".

Non-contact scanners (touchless scanners): This does not require direct contact of the finger with the scanner's surface therein. Instead, a finger is applied to the hole in the scanner, several light sources illuminate it from below from different sides.

In the centre of the scanner there is a lens through which the collected information is projected onto a CMOS camera, which converts the received data into an image of a fingerprint.

Some disadvantages of optical scanners :

Capacitive scanners: Capacitive scanners are the most widely used type of semiconductor scanners that use the effect of changing the pn-junction of a semiconductor device when the ridge of the papillary pattern touches an element of the semiconductor matrix to obtain a fingerprint. There are modifications of the described scanner, in which each semiconductor element in the scanner matrix acts as one capacitor plate, and the finger acts like another. When a finger is applied to the sensor, between each sensitive element and the protrusion-depression of the papillary pattern; a certain capacity is formed, the size of which is determined by the distance between the surface of the finger and the element. The matrix of these containers is converted into a fingerprint image.

Pressure-sensitive scanners (pressure scanners): These devices employ sensors that consist of a matrix of piezoelectric elements. When a finger is applied to the scanning surface, the protrusions of the papillary pattern exert pressure on a specific subset of the surface elements; respectively, the depressions do not exert any pressure. The matrix of the stresses obtained from the piezoelectric elements is converted into an image of the surface of the finger.

RF scanners (RF-Field scanners): In such scanners uses a matrix of elements, each of which acts as a small antenna. The sensor generates a weak radio signal and directs it to the scanned surface of the finger; each of the sensitive elements receives a signal reflected from the papillary pattern. Thus, the magnitude of the EMF induced in each micro antenna depends on the presence or absence of a papillary pattern in the vicinity of the crest. The resulting stress matrix is â€‹â€‹converted into a digital image of the fingerprint.

Broaching thermo-scanners (thermal sweep scanners): A kind of thermo-scanners, which use, as in the optical scanner, hold your finger on the scanner surface, and not just attachment (Figure 7.).

The main disadvantages of semiconductor scanners, although they are not typical for all described methods:

Ultrasonic Biometric Fingerprint Scanner is based on what was formerly called Sense ID. Unlike optical and capacitive fingerprint scanners, the solution, which was new at that time, was based on ultrasound. These are waves of sound that are beyond the reach of human hearing. Therefore, we do not hear them, but in many cases, they help. In this case, they allow you to build a detailed picture of a person's finger drawing. Then, you just need to touch the phone screen, and it will unlock.

To capture the details of a fingerprint, the equipment consists of a transmitter and a receiver. First, an ultrasonic pulse is transmitted to the finger, which is located above the scanner. Some of this pulse is absorbed, and some are reflected the sensor, depending on the protrusions, pores and other details unique to each person.

Fingerprints are unique to each person. No two are the same. These return signals are used to calculate the intensity of the reflected ultrasound pulse at various points in the scanner. Scanning for longer periods allows for collecting additional depth data, resulting in highly detailed 3D fingerprinting.

There is no recent information on technology updates and the time it takes to unlock, but Qualcomm initially said the latency was 250 milliseconds, and the error rate was 1 percent. On paper, this is comparable to other types of scanners, but in practice, the response speed of an ultrasound scanner is much slower. Considering how we are used to smartphones' high-speed performance, the difference is felt - especially in top-end devices.

Benefits of an ultrasonic fingerprint scanner

As we have already determined, ultrasonic technology works in a completely different way than capacitive technology. The first can build a three-dimensional model of a finger, and the second only two-dimensional. Naturally, the 3D model is much more difficult to fake and trick the scanning system. If we compare it with an optical scanner, then the advantage will also be on the side of the ultrasonic one.

At the moment, there are only two typical ways to identify a user: fingerprint and face scan. The rest is self-indulgence. If the display has a built-in fingerprint reader, this is not necessarily an ultrasonic option.

An essential feature of an ultrasound scanner from a manufacturer's point of view is that it works excellent through thin materials like glass, plastic or even aluminium. The sensor is only 0.15 mm thick and can "punch" up to 800 µm glass and 650 µm aluminium. Thus, the scanner can be built into many more parts of the smartphone body while remaining practical. This is why sweat and moisture on your finger do not interfere with the scanning process, as is the case with capacitive or optical sensors.