Here's What People Are Saying About Drupal Development 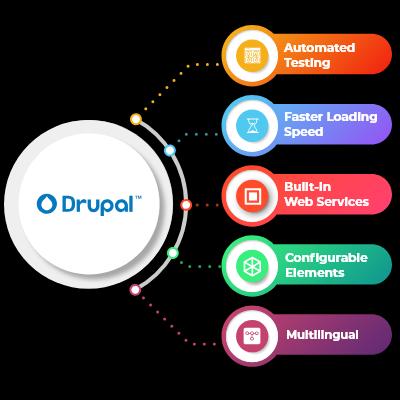 Are you a Drupal lover? If you are still in a dilemma whether to choose Drupal development or Wordpress development services, then this article is for highlighting the points why people love Drupal, especially PHP developers. This article can help you in understanding the reasons and conditions. So, read ahead:

Mostly PHP developers love Drupal because it is becoming the best by far, and of course Drupal 8 is the reason as it boosts the performance from PHP 7 and makes it faster.

There are Drupal Evangelists such as Jam McGuire and Hussain Abbas who have observed the growth of the Drupal community. With the rapid development of Drupal 8, they have noted that it is the first product of the PHP-FIG era. It was the period which was considered as the age of when PHP projects can come together.

Drupal 8 is the meta-collection of home-grown code, which is mixed with Symfony2 framework components and third-party libraries. In a nutshell, this means Wordpress, Joomla, and TYPO3 can stop competing on commodity functionality and standards. Apart from this, now, the user can start availing benefits from the sharing code as well.

The interoperable and reliable coding

The rewritten version of Drupal is helping the PHP components. Drupal core is the most suitable platform. The user of Drupal can easily use modern PHP application with a clean-oriented design and interoperability with many components. Hence, the user can enjoy its massive test coverage.

Earlier, Drupal was isolated from the PHP community. Drupal 7 had an implementation approach and standards. Therefore, it was more like a separate island, distant from other PHP communities. Most of the PHP frameworks were using a similar programming paradigm and were sharing object-oriented practices.

Whereas, Drupal 8 is much better in terms of architecture, cleaner code, and more interoperability. It gets the insight more quickly. There are many PHP developers who tend to write custom code or use some external library for site building, such as login, user management, and various essential purposes. So, Drupal is the most secure CMS which provides the core functionalities out-of-the-box.

Drupal is one of the largest and most vibrant open source communities in the world. Drupal.org is the center of this huge, hyperactive community of users and developers. Currently, about 101543 users actively contributing to the project. Besides, DrupalCons are considered as the large conferences that draw thousands and occurring in cities in Europe, North America, Latin America, Australia, Asia and more. A lot of Drupal camps occur throughout the year across the world. Many developers come from different countries to share their learnings and help in fostering as a community, and integration.

According to Dries Buytaert, “it is really the Drupal community and not so much the software that makes the Drupal project what it is. So, putting more emphasis on Drupal community is more important than just managing the codebase. Hence, the community is growing. Attendance at DrupalCon increased from 500 at Szeged in August of ‘08 to over 3100 people at New Orleans in June of ‘16. The Drupal 8 project alone credits over 3000 individual contributors and contribs are increasing gradually.

Reasons Why Your Business Must Consider Moving To Data Center Coloc...

Get an Edge with Wholesale Vaping Supplies