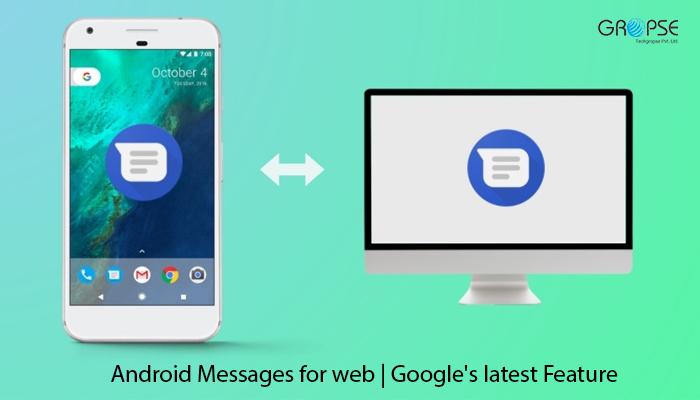 Finally, Google rolled out Android Messages for web after couple of months. Now it will be easier with the latest update for Android user to send and receive SMS and RCS (Rich Communication Services) messages from their Pc’s. Google has announced that this latest feature is rolling out and should be available by next week globally. With desktop support for Android Messages, Google is finally taking on Apple’s iMessage service.

What is Android Messages?

Android Messages is Android’s official app for texting (SMS and MMS) and chat (RCS). Which will support blog post, text, images, and stickers on the new web version. This is Google’s first major step toward “Chat”, the company’s addition of Rich Communication Services (RCS) inside Android Messages. This Android messages for web will compete with other chat apps with desktop versions like WhatsApp and Facebook.

How to Use Android Messages Latest Feature?

To scan the QR code, go to the Android Messages app on your phone and tap the three-dotted menu on the top-right corner. Further, select Messages for Web. However, this option section of the Messages app is not live yet, and the service will only become fully available when this happens.

If you don’t use Android Messages account for the period of 14 days, you will be automatically signed out from your account. Your latest conversation threads, contacts and other settings will be encrypted and cached in your browser. Here you will also be able to receive desktop notification on the web browser. Supported browsers at launch include Chrome, Firefox, Safari, and Microsoft Edge, Google has noted.

Add on Features in Android Messages for web

Many of these features were announced when the company revealed its upcoming Android Messages overhaul in April. If you have any App Development idea find an Mobile app development company USA like TechGropse that holds a good reputation in the market, expertise in iOS and world-class resources required to create a high responsive Android Application.