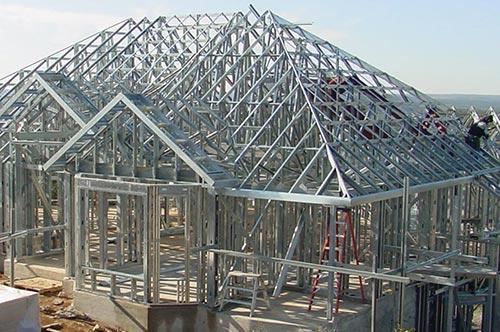 Metal framing stud refers to the construction of plains and walls by using components of cold-formed steel. Gauges which are heavy are used in loading and constructing metal framing studs. There are two type of metal studs gauges, heavy and light. Heavy gauge is use for load bearing walls and structural application like exterior walls. Lighter gauge metal stud are used in non-load bearing application which means interior walls, half-walls and partitions. It also used in separating walls. Benefits of acoustic metal stud are easy to cut, includes sight lines, high strength, improve retention of screw, corrosion protection etc. Following is the list of tools which is use in framing metal studs.

For framing metal stud a tool named metal chop saw or cutoff saw is commonly used. Metal studs are purchased in lengths from 8 ft up to 24 ft or more in increments of 2 ft. it is very powerful, as it is made up of 72 tooth steel cutting saw blades.

For fastening he studs and attaching drywall, a good quality heavy duty screw gun is used. It works to drill very high power that can stand up to rigors of metal stud framing. Milwaukee 6740-20 6.5 Amp Screwdriver is one of the best quality and powerful screw gun.

Electric shears make cuing of steel quicker and it improves productivity. It provides good quality work, faster and safer. This metal shear has a swivel head that allow to cut every shape from circular to any irregular shape. Milwaukee 6850 18 Gauge Shear is one of the best electric metal shear. Here 5 steps which makes metal framing studs:

Mark the location on the wall. The best technique for framing steel walls is to fasten the floor first, ceiling tracks and then install the metal studs one by one. By using a plumb bob against a steel stud, locate the position of ceiling.

Metal studs joined to tracks by clamping two members with C-clamp locking pliers. Drive the screw at medium speed then choose a clutch to set strong

Central braces are use at small distance which support the metal stud frame. Connect braces with the drywall screws,

Metal framing is very useful and beneficial. Metal studs are mechanically fastened with screw usually. Metal stud framing have number of advantages, such as it is interlock, require less strong space, reduces the number of drywall nail pops. Metal studs needs special type of cutters and tools. It is mostly used in commercial and office structuring, as it is strong and long-term then wood framing.