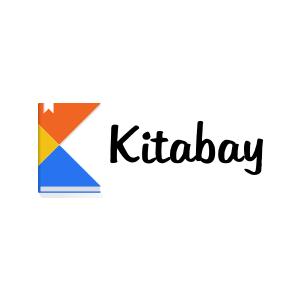 Books permit you to completely explore a topic and deeply engage yourself in it. It allows you to go through a lot of creative ups and downs. This will help your mind generate new ideas to put on paper and by the time your experience will also grow higher. Reading books generate some connection between you and the story and most of the times you get lost in it. Every piece of personal and professional growth you achieve in life is possible with books. It encourages a more sensitive understanding of the past and present.

Different genre books provide a different feel of reading books. Some books take you to the imaginary world and some tell you about history. Some give the real adventure feeling while some books reveal the factual information. These books affect your choice and allow you to explore the world without moving anywhere.

So here are some different genre books that you will like to read the most:

The book is an autobiography of world’s great leader Nelson Rolihlahla Mandela, who served as a President of South Africa (1994 to 1997). This book contains his childhood, education, his connection with the African National Congress and27 years in prison. He was an African anti-apartheid revolutionary politician and philanthropist. He was the first black man as head of state and the first elected in a fully representative democratic election. He was awarded as Bharat Ratna in 1990, Nobel Peace Prize in 1993, Sakharov Prize in 1988 and also achieves international gratitude for his leadership as president.

Bridget Jones: The Edge of Reason:

The novel Bridget Jones: The Edge of Reason was composed by the English famous novelist and screenwriter Helen Fielding. This comedy genre novel is another sequel of Bridget Jones’s Diary published in the year 1999. In the novel, author detailed Bridget Jones; a 32-year-old graduate single working woman who tries to find true love. In the series, the author wrote about her life, career, family, friends, and relationships. The novel was available in 40 different languages and became the best seller novel worldwide.

Relativity: The Special and the General Theory:

Written by the great scientists Albert Einstein, the book was earlier published in the German language in 1916 but was later translated into English in 1929. The book split into 3 parts, the first deals with Special relativity, the second part tells about the general relativity and the third dealing with considerations of the universe as a whole. The most recent version was published in December 2011. Those who are interested in science and fiction kind of stories they can buy ‘‘Relativity: The Special and the General Theory''.

The Full Cupboard of Life:

The Full Cupboard of Life is a mystery and detective fiction by the famous author Alexander McCall Smith. The novel is the fifth sequel of Smith’s popular The No.1 Ladies Detective Agency. The novel reveals the character Mma Ramotswe as a principal detective of Motswana and their supporters. The novel was published in the year 2003 and reaches the top of the seller’s list.

American author F. Scott Fitzgerald wrote the novel The Great Gatsby in 1925. This fictional genre novel grabs the market attention and reaches in the special edition of the author’s bestselling novel. The novel inspects the communal shifts that took place in 1920s America. The story revolves around millionaire Jay Gatsby and Daisy Buchanan. The novel was followed by Tender is the Night in 1934.

All these used books are available on kitabay.com at an affordable price range.

Places To Visit In Auli (Uttrakhand)

Expert tips to freshen up your home